Man United and Chelsea have been put on red alert after Real Madrid reportedly gave Raphael Varane the green light to seal a move away this summer.

Varane has just a year left on his current deal with Real and he is yet to commit to a new one. 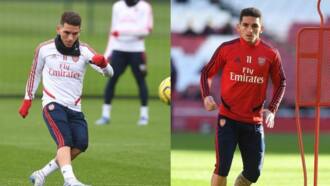 Reports suggest the Frenchman has already intimated he is unwilling to extend his stay with Los Blanco, thereby leaving doors open over a possible exit.

The situation is said to have left Madrid with no choice but to plot the sale of the experienced defender this summer rather than lose him for free next year.

Metro UK reports the La Liga giants had valued Varane over £100 million less than two seasons ago, a valuation that saw potential suitors back off.

However, the club are now understood to be willing to listen to offers from interested teams at the end of the ongoing season.

Real president Florentino Perez has since hinted the club will not stand in the way of any player who wants to leave.

“Varane? I’m happy with our team… if players don’t want to stay at Madrid they can leave,’ said Perez,” Perez was quoted saying. 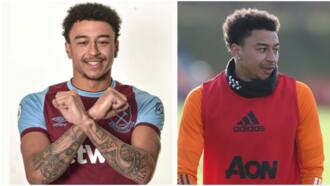 Chelsea and Man United are the two sides thought to be gunning for the services of Varane, with the latter being long-term admirers.

The fresh development will therefore come as a huge boost for Ole Gunnar Solskjaer who is desperate to land a new centre-half who he can pair with Harry Maguire.

Solskjaer is looking to bring in new legs during the summer and the backline is among the departments he feels need strengthening.

Earlier, Legit.ng had reported how Man United are keeping tabs on Real Madrid star Federico Valverde as a possible replacement for Paul Pogba who is unsettled at Old Trafford.