President Muhammadu Buhari has requested the Senate to consider and approve Justice Salisu Garba for appointment as the acting chief judge of the Federal Capital Territory (FCT) high court.

The Nation reports that the Senate president, Ahmad Lawan, read Buhari’s letter of request on the floor during plenary on Tuesday, April 20.

Legit.ng gathered that the Chief Justice of Nigeria (CJN), Justice Tanko Muhammad, had in January 2021, swore in Justice Garba as acting CJ of FCT high court.

The Punch reports that this was a sequel to the retirement of Justice Ishaq Bello as CJ of the FCT high court. 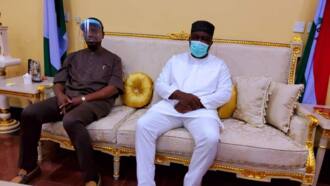 The state will continue to experience peace and prosperity – Pastor E.A Adeboye to Enugu governor

He was called to bar in 1984 and completed his National Youth Service Corps (NYSC) in 1985.

Meanwhile, Legit.ng had previously reported that Buhari appointed Hajo Sani as the ambassador/permanent delegate of Nigeria to the United Nations Educational Scientific and Cultural Organization (UNESCO).

It was reported that the appointment was announced via a statement released on Wednesday, April 14, by Ben Bem Goong, the spokesman of the ministry of education.

Sani’s appointment came less than a week after the book she wrote on the First Lady was launched at the presidential villa in Abuja. 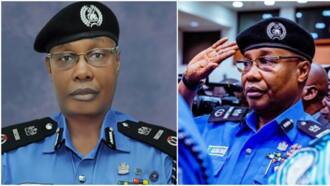 In a related report, Hajiya Aisha Bello Matawalle, the First Lady of Zamfara, secured appointments of special assistants to the governor for 20 members of Miyetti Allah Cattle Breeders Association of Nigeria (MACBAN) in the state.

The First Lady’s spokesperson, Zainab Abdullahi, revealed this in a statement on Tuesday, April 13.

The First Lady, while presenting the appointment letters to the beneficiaries in Gusau on Tuesday, April 13, congratulated the appointees and assured them of a sustainable working relationship with the Miyetti Allah group in promoting peace and unity in the state.