– The investment is a $1.4billion fertilizer production plant to be built in the south-south state

The governor of Akwa Ibom, Mr. Udom Emmanuel has signed an agreement for the citing of a multi-billion fertilizer plant in his state.

Governor Emmanuel was part of a Nigerian delegation led by the minister of state for petroleum resources, Chief Timipre Sylva, that visited Morocco to set out the next steps of the $1.4billion fertilizer production plant project launched in June 2018.

The agreement between OCP Africa, the Nigerian Sovereign Investment Authority, and the Akwa Ibom state government is expected to birth one of the biggest investments in the fertilizer production industry globally. 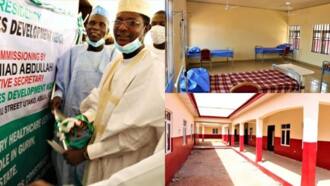 A statement sent to Legit.ng by the Akwa Ibom state government, indicates that the signing ceremony took place at the Mohammed VI Polytechnic University in the north African country.

PAY ATTENTION: Get the Latest Nigerian News Anywhere 24/7. Spend less on the Internet!e.

“Our state is receptive to investments and we are prepared to offer the necessary support to make the project a reality.

“With a site that is suitably located to enable operational logistics and an abundance of gas resources, all that is left is for the parties to accelerate the project development process.”

Meanwhile, Governor Emmanuel has assured that his administration is leaving no stone unturned in ensuring that investments that belong to the Akwa Ibom people are not left to waste, but are been put into productive use.

The governor made the promise on Thursday, February 11 while inaugurating a shopping mall at the Ibom Tropicana Entertainment Complex, Uyo, the Akwa Ibom state capital. 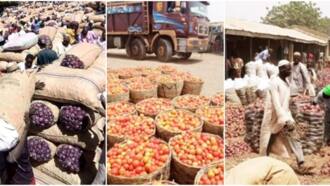 In a related development, the Akwa Ibom state commissioner of special duties, Rt. Hon. Okpolupm Etteh has revealed that Governor Emmanuel is committed to timely completion of work at the Maintenance, Repairs, and Overhaul facility at the Victor Attah International Airport, Uyo.

The facility is expected to enhance the status of the airport as an internationally recognised gateway.