– Many argued that hers was way better than the one she copied, others felt both frames were a duplicate of same person intended to deceive the public

A Twitter user has earned the admiration of many after her beautiful showing of her sewing skills. 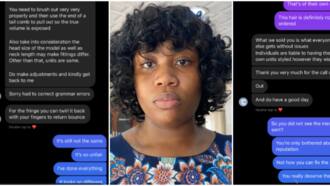 The Twitter user, a lady, with the handle @twinkletwie shared two frames with similar material and style. As of time of making this report, her tweet had got over 21k reactions.

Many felt she sewed better than the one she copied from. A section of tweeps thought she is the same person in both frames with an intent to trend.

Legit.ng has compiled some reactions that followed the post:

“You saw it on your body and sew it?? It’s one person in both pictures, cutting off the face in first frame and changing the effects doesn’t change your skin color and shape.”

“What you sewed is far more beautiful.” 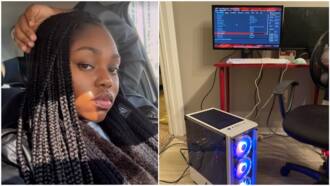 Brilliant lady builds home computer by herself, shares photo of the fine gadget

“Ma’am you did well I must commend. I just have a few observations which I feel could help. From what u made, the neck was supposed to be a perfect C shape, then the ribbon on the waist side, that flap there wasn’t perfectly cut as to what u saw..”

Meanwhile, Legit.ng earlier reported that a lady shared photos of the dress her friend had ordered for 50k and what she got instead.

The young woman who is identified as @Poshpresh on Twitter was particularly annoyed because the attire that had been ruined was meant for her friend’s graduation dress.

Even more, she revealed that this friend whose cloth got ruined lived in the US while the fashion designer that had sewn her dress was a Nigerian. The fact that the tailor could not sew a properly made dress shocked @Poshpresh. 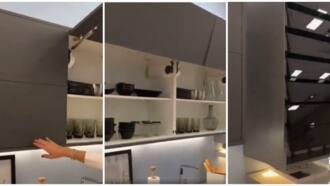