Cristiano Ronaldo left his boyhood club Sporting Lisbon to Manchester United in 2003 after dazzling the Premier League in a pre-season friendly, Sport Bible.

Alex Ferguson could not take his eyes off the talented teenager who single-handedly made a meal of his world class defenders.

Ronaldo then joined the Red Devils and on the day of his official contract signing, he wore a long-sleeve shirt designed with many colors in drafts and a blue boot-cut jeans along with a black shoe. 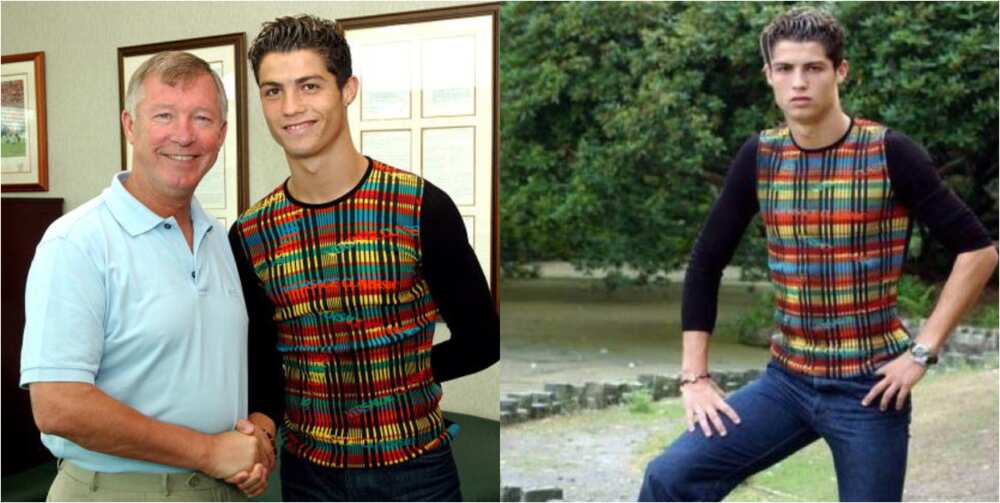 The Portuguese’s outfit 18 years after is still something that has thrilled fans on social media.

Ronaldo spent six seasons at the Theatre of Dreams and went on to win a Champions League title for United before joining Real Madrid.

He also became the first player in the Premier League to win the world’s best player after helping United win Europe’s elite competition.

Meanwhile, Legit.ng had earlier reported that the world’s most valuable top ten players have been released and Cristiano Ronaldo and Lionel and conspicuously missing on the list, The Sun.