– Another set of criminals laid down their arms on Thursday, February 25

– One of the bandits, Mohammed Sani, used to be a leader of a notorious gang

A notorious and wanted leader in the business of banditry, Mohammed Sani, has surrendered both himself and thousands of ammunition to the Zamfara state government on Thursday, February 25.

Sani, alongside other bandits, laid before officials of the state government at least ten rifles and one rocket launcher, TVC News reports.

While being granted amnesty in Gusau on Thursday, the repentant criminal swore with the Quran that he will never return to his evil ways. 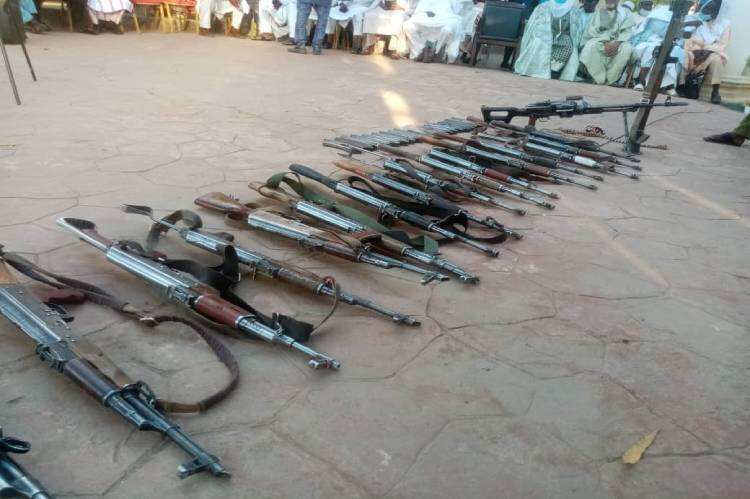 On his part, the state commissioner for security affairs, Abubakar Dauran, blamed politicians for secretly supporting and funding banditry. 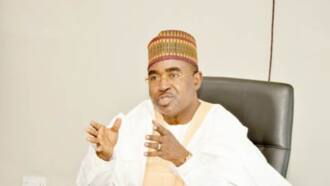 Also, the commissioner for police in Zamfara said the development is a sure sign that the government is working towards eradicating violent crimes within its environs.

Meanwhile, the National Drug Law Enforcement Agency (NDLEA) on Thursday, February 25, made a very shocking revelation as to what bandits and criminals demanded as ransom after abducting victims.

Speaking at the inauguration of a special-purpose committee of the NDLEA, the chairman of the agency, Mohammed Buba Marwa, disclosed that from reliable findings, the criminals actually ask for hard substances and illegal drugs in exchange for their captives.

A statement by the NDLEA, director of media and publicity, Femi Babfemi quotes Marwa as saying:

“Use of drugs in Nigeria today is at an epidemic proportion of approximately 15 million, nearly three times global prevalence. No wonder, so much criminality everywhere in our land and it is increasing instead of abating with such symptoms as kidnapping, insurgency, banditry, and assassinations.

“Behind it all is drug use. Criminals now ask for ransom in drugs and unless we get to this root cause, we will only be scratching the surface, as the criminalities will continue to flourish.”