The duo gave birth to a girl and a baby boy, named, Cassidy Miracle Grand and Myron Kingsley Rajgopaul.

Amela took to her Facebook page to express gratitude to God for safe delivery. 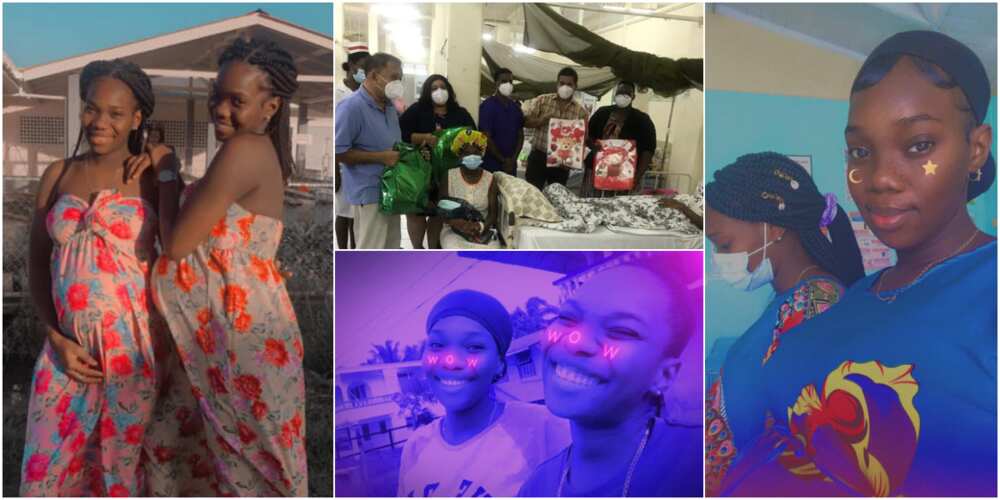 “Father I wanna thank you for bringing me and my sister through safe with our delivery, twins make twin cousins mins apart, they both would be celebrating their birthday together whiles me and my twin gone do the same.” 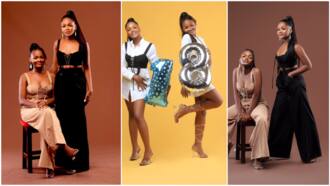 “That’s so so amazing, congratulations to da both of y’all hope dose guys take good care of yall.”

“Congratulations to you both and God blessings.”

In a previous report by Legit.ng, an awe-inspiring photo emerged of male twins who got married to two female twins and also delivered sets of twins respectively.

The pair, identified as Sa’ad and Sa’eed Yusuf, were pictured in a frame with their babies.

Both wives had to be delivered of their babies through caesarean section. 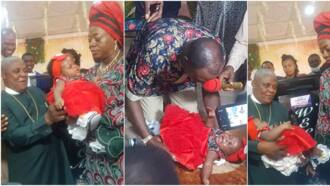 “I wonder why people change the format of a story without getting in touch with the persons involved. The thing is that we’re twins, and we gave birth to twins. We’re both also married to twins. Reports that they were all born on the same date is wrong.”