– Banky W and his wife, Adesua Etomi, recently announced the birth of their first child together after three years of marriage

Talented Nigerian singer, Banky W is still basking in the joy of becoming a parent and he has made a whole new song to celebrate. 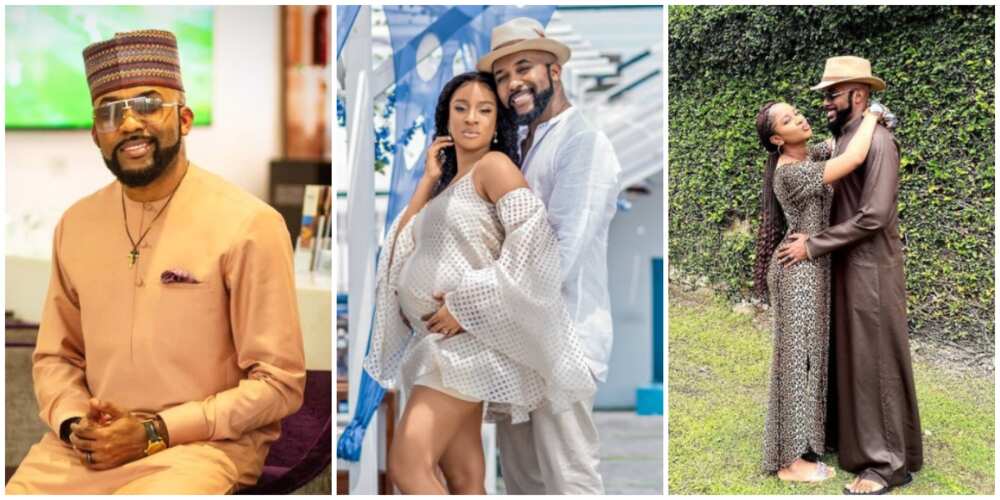 The new dad took to his Instagram page to announce the release of his new single titled, ‘Final Sy’, which talks about God’s work in their lives and how He showed up for them.

Sharing a photo of himself and a then-pregnant Adesua as the official photo cover of the song, he revealed the video would be released today, February 26, 2021. Recall Adesua who turned 33 on February 22, took to the spotlight away from her new age as she announced the arrival of their bundle of joy whom she revealed to be a baby boy.

Adesua who shared some absolutely heartwarming photos from her pregnancy shoot, is seen dressed in a lavender off-shoulder ball dress, wearing a vibrant smile as her hubby holds her in a loving hug, surrounded by lavender-coloured flowers

Sharing the photos, Adesua revealed that they welcomed their baby a month before her birthday. This could mean that their baby arrived on January 22, 2021.