– In the clip, the man put up an amazing show of carrying two sisters’ weights on strong iron bars

A young workout enthusiast has generated massive reactions online after adding his sisters’ weights to the bars he lifted.

Sharing a clip of the act online, the man had a very funny caption for it, saying it shows how he is carrying his “family through these tough times”.

In the short video, the man struggled hard to lift his siblings up as he stretched his muscles hard. Like a professional weight lifter, the man soon overcame the challenge and pressed up. 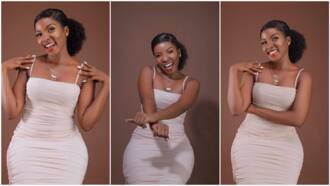 Before he put them down, he performed the exercise five times to the amazement of many. 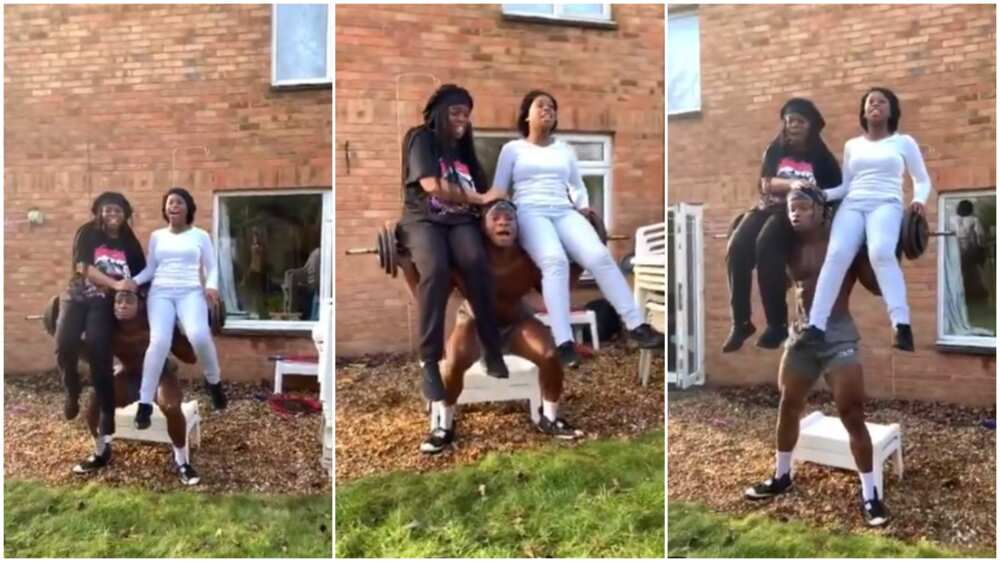 Many people were amazed by his show of strength.
Photo source: @ArmzKorleone
Source: Twitter

“Why were they shouting as if they were the ones carrying the load.”

“Your strength is something else.”

“This guy strength is sickening. There’s nothing the gym can do for this man anymore.”

“Story, they are higher pounds than these but mad strength yo.”

“This man’s midsection and legs stronger than some car suspensions I know.”

In other news, Nigerian twin sisters gave themselves a wonderful treat on their 18th birthday. To mark the special event, the ladies took themselves to a photo studio. Man makes his yellow bus a ‘mobile classroom’ writes inspirational quotes all over its body, photos wow many

Striking different poses, the photoshoot session turned out well as many people commended their smashing beauty.

With two types of clothes, the lady created model-like poises. Congratulations poured in from people who also prayed for them.