– With his shoebox, the man mixed beats that made a lady dance in great joy

– Many tweeps praised him, saying they love his happiness and show of dignity

The video of a shoe repairer and some ladies has gone viral. In the clip, the young man made sonorous tunes with his box.

Posting the content on Twitter, a tweep with the handle @BrodaDerah described the shoemaker as a hitmaker.

Delighted by the tunes, a lady danced towards the man as she vibed hard to the music he was making.

Another person behind the camera, probably the one filming, served as a hype man to the entertaining show.

At the time of writing this report, the video has been watched over 15,000 times with hundreds of retweets. 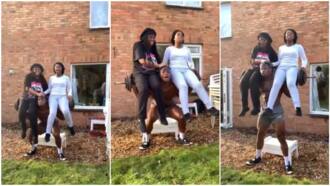 “Shey dey dashed this guy money for making them happy.”

“You see!…this is how we should hv live our lives in peace and unity without harming one another…. One Nigeria, one nation.” 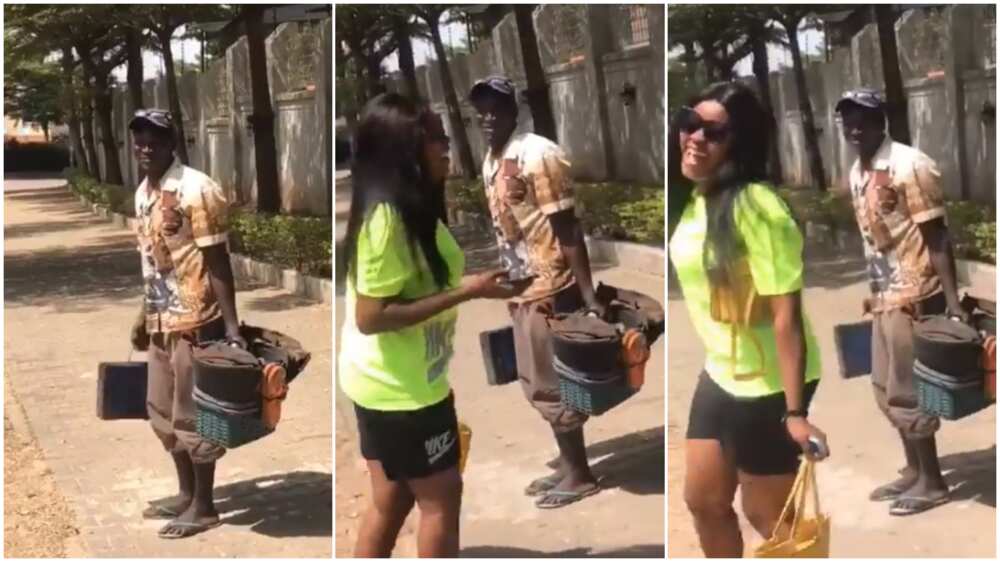 “He’s always happy with his work. Even saw him today at Jabi today.”

“Omoo. See beatzz. Sarz no do pass this one.”

“Shows that regardless of who we are, where we from, our social class, we’re all humans deserving of happiness and humanity.”

Meanwhile, Legit.ng earlier reported that the video of a little boy making rhythms by slapping against the surface of a washing machine generated massive reactions on social media.

A Twitter user, @niqueharp, who shared the video said the kid is just two years old. In the clip, the boy turns “daddy, where are you?” into a song, backing it up with beats coming from his slaps. To add more chords to his sound, he tapped his right leg repeatedly on the floor in a way that complements the one he makes with his hands.