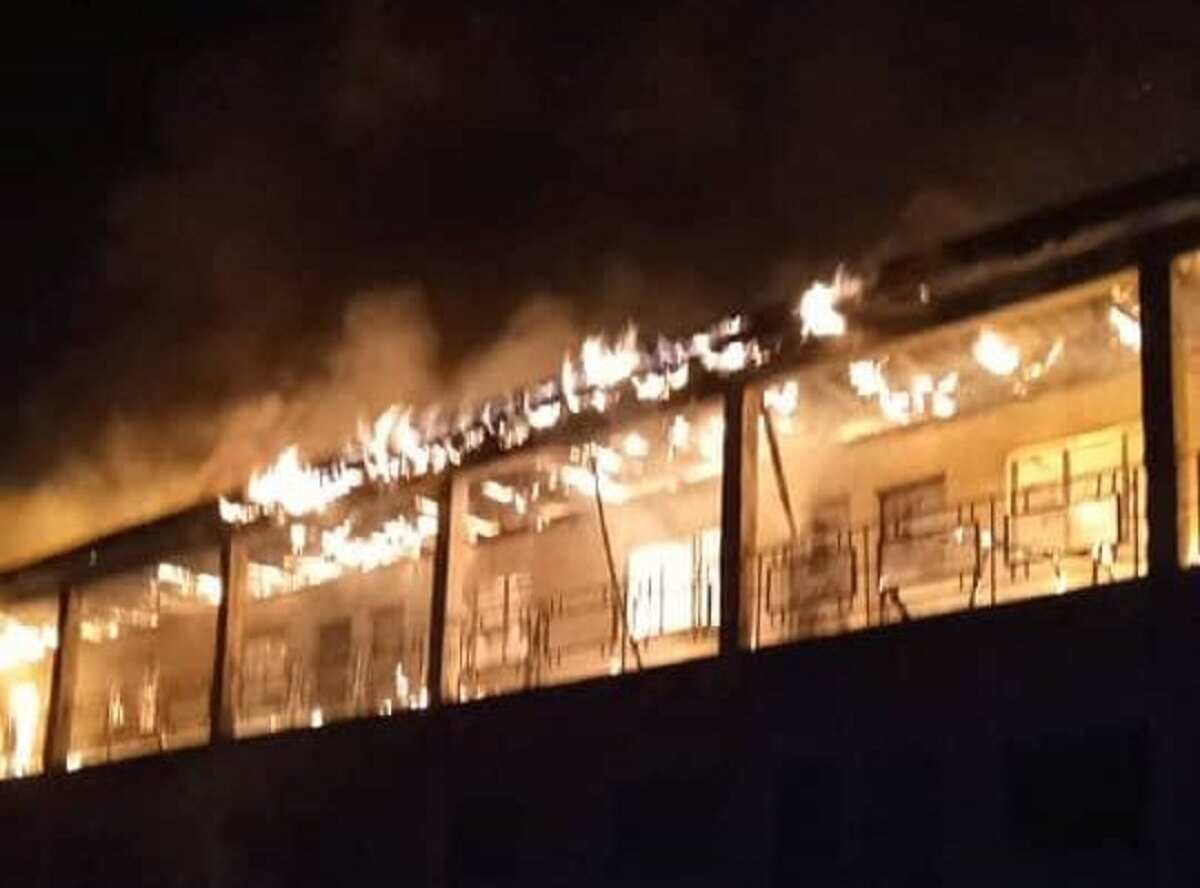 A popular timber market in the Marine Base axis of Port Harcourt, Rivers state has been gutted by fire on Thursday, February 25.

No firefighters have been seen as machines, industrial woods and finished products were completely consumed in the fire.

Traders are currently counting their loss to the tragic incident as individual efforts are being channelled to curb the further spread of the inferno.

Speaking with The Punch, one of the victims said that he was informed about the fire outbreak at midnight of Thursday, lamenting that everything he has been destroyed by the inferno.

“I was at home around 11:30pm to 12midnight when I was called that there was fire at market. “I don’t know where to start from,” he said.