– Despite his disagreement with Governor Makinde, Fayose has said he has no plan to leave PDP for APC or any other party

– The former Ekiti state governor, however, revealed that he once supported Governor Fayemi’s election

– Fayose has refused to accept Makinde as the leader if the PDP in the southwest, causing friction between the two party chieftains

The supremacy battle between Ekiti state’s former governor, Ayodele Fayose, and Governor Seyi Makinde of Oyo state is far from being over.

This is as Fayose on Wednesday, February 24, threatened to work against Makinde if he does not stop disrespecting him.

Despite the crisis, Fayose has, however, said he has no plan to dump the Peoples Democratic Party (PDP) for the All Progressives Congress (APC) or any other political party. 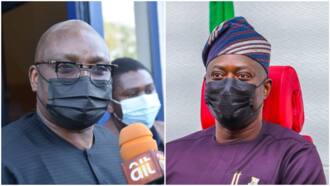 I’m your father – Stop disrespecting me or I will work against you, Fayose threatens Makinde 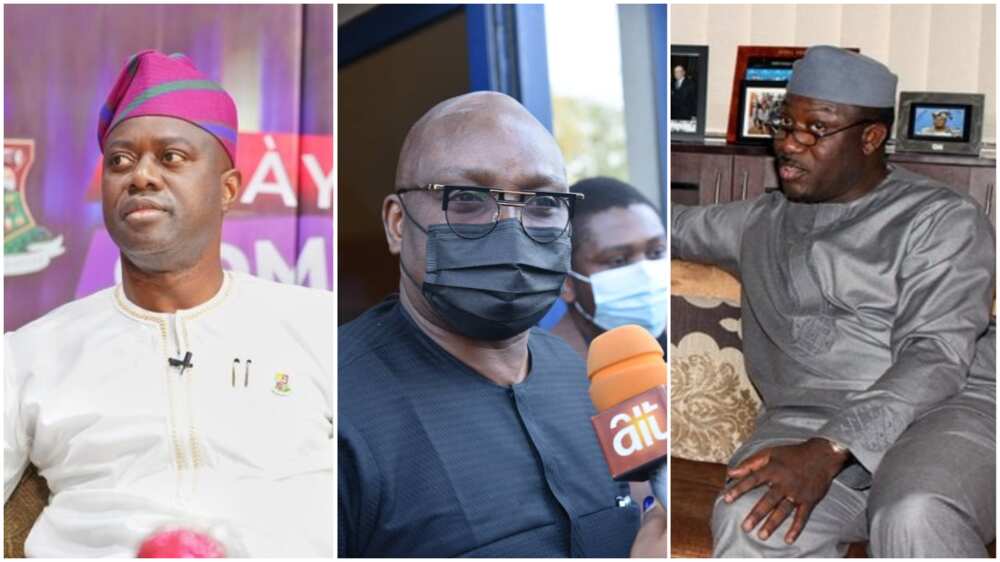 Fayose said even when he supported Governor Kayode Fayemi, his successor in Ekiti, he told him he can never join the APC, The Punch reported.

“Even when I was supporting Governor (Kayode) Fayemi in Ekiti, I told them I can never join APC in my life. It was Governor (Segun) Oni that disrespected me and I worked for Governor Fayemi.”

An earful was given to the former governor of Ekiti by Hosea Agboola, a one-time Senate deputy chief whip.

Agboola said Fayose is more of a liability than an asset to the Peoples Democratic Party (PDP) in the southwest.

In other news, Dr Tope Aluko, a chieftain of the opposition PDP in Ekiti state, has decamped to the ruling APC.

Aluko parted ways with the party on Monday, January 25, saying he is ready to work for Governor Kayode Fayemi who he disclosed has “favoured Iyin Ekiti” where he hails from.

A former secretary of Ekiti PDP, Aluko is a known loyalist of the former governor, Fayose.