A Nigerian music star identified as King Sammy on social media has taken to his page on Instagram with a series of allegations against rap star, Bella Shmurda.

Sammy in his post claimed that an outfit he had previously used for a yet-to-be-released project was worn by Bella Shmurda to the 14th Headies Award ceremony.

The aggrieved singer claimed that Shmurda didn’t just rock the outfit but also went on to embark on a photo-shoot as well. He also accused the rapper of teaming up with a blogger to run a story about how the outfit cost as much as N15 million. 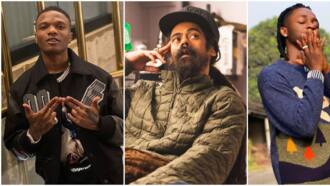 Blessed is fav on MIL album: Wizkid reveals, says he has new songs with Tems, Omah Lay, others

According to him, the rapper’s action has ruined his unreleased project as members of the internet community may assume that he lent the outfit from Shmurda.

Sammy also posted a screenshot showing his conversation with the stylist, @voodoo_republik, who gave out the outfit to the rapper.

In the conversation, the stylist explained that he could not turn down Shmurda’s request when he asked for the outfit. @voodoo_republik also said he decided to give the outfit out since it was not custom made for just one customer.

Check out screenshots below: 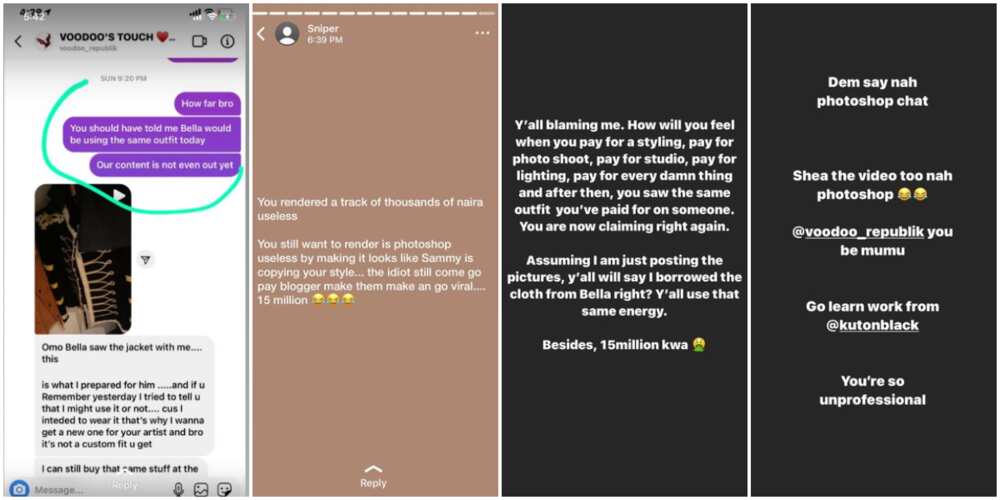 Still ranting about the matter, Sammy claimed that he was getting threats from Shmurda’s manager. He also used the opportunity to drag the rapper for not supporting a song that they both have together. 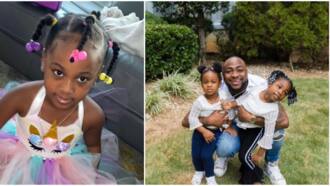 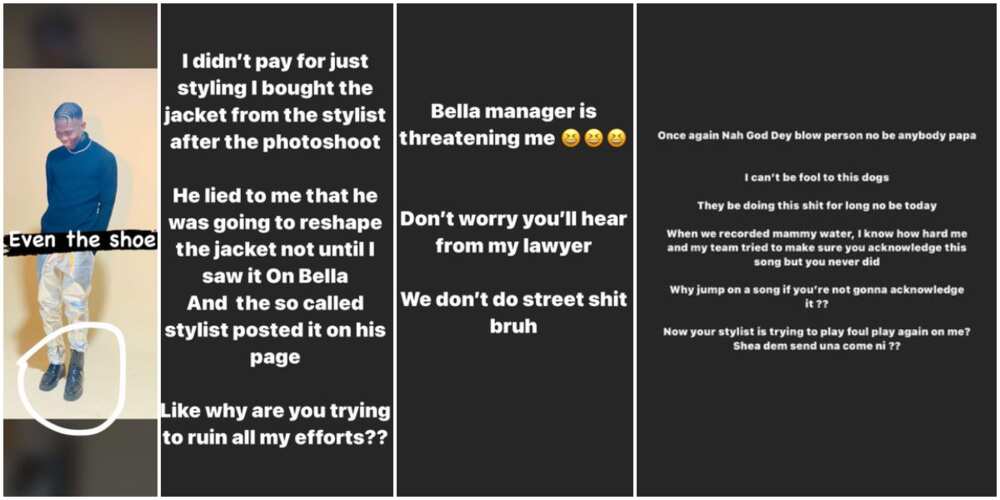 Watch a video of King Sammy in the outfit below:

In a different entertainment story, Legit.ng previously reported that singer Wizkid disclosed that his song with Damian Marley is his best track off the Made in Lagos (MIL) album.

Wizkid also revealed that he has some upcoming projects with new superstars like Tems, Omah Lay, Bella Shmurda among others.