– Hony shot his shot at the actress, noting that he’s been crushing on her for years

– Kate appreciated him for the letter, adding that she does not need a sugar boy

Social media has become one of the mediums where people find love and a number of people have taken advantage to shoot shots at people they like.

Recently, a young man simply identified as Hony decided to shoot his shot at actress Kate Henshaw and he got a response from her.

Hony wrote a letter in his jotter and addressed it to the actress whom he referred to as sunshine. 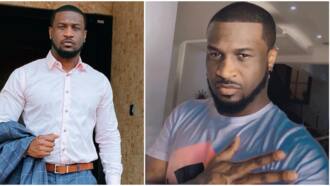 I am Igbo, married to Yoruba and schooled in north: Peter Okoye reacts to clash in Ibadan 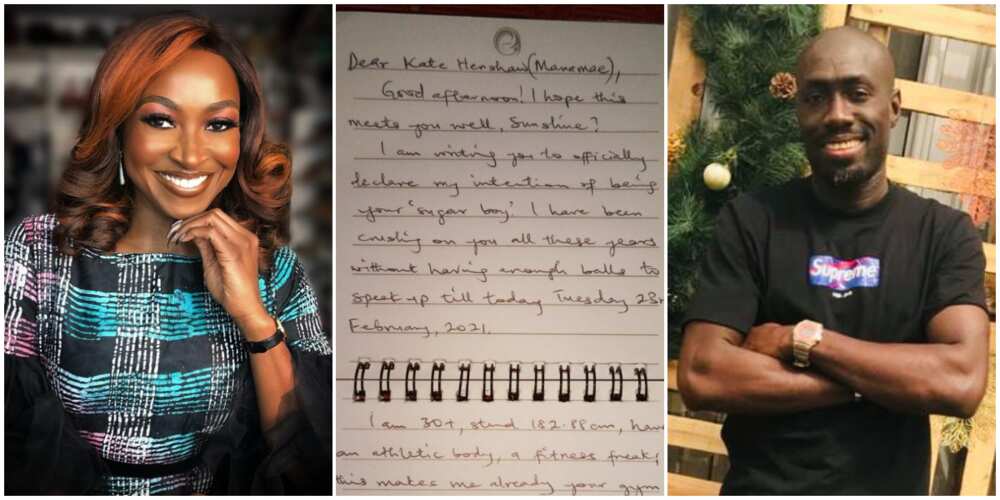 The young man said he’s been crushing on Kate for years but he only got the boldness to write a letter to her on Tuesday, February 24.

“I am 30+, have an athletic body, a fitness freak; this makes me already your gum partner, AA, O+, I have Nigerian passport, we can go on bae-cation anytime, I have NIN, no criminal records, no tattoo, I can cook some local dishes.”

The actress responded to Hony as she appreciated him for writing the love letter.

However, Kate noted that she does not want a sugar boy. She then prayed that he would find someone that deserved his love.

In other news, Legit.ng earlier reported that a young lady who shot her shot at a man in 2020 married him some months later. 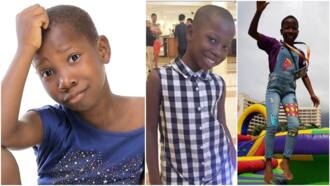 Quiz: How well do you know little comedienne Emanuella?

Taking to the social media platform, @MrsKaranu had tweeted in June:

The young lady took to the same platform to share an adorable photo of herself and her man, saying “we’re married now.”