Thomas Tuchel has warned Chelsea players not to get carried away as they welcome Manchester United to Stamford Bridge this weekend.

The German-born manager was named the Blues boss in January and has remained unbeaten in all competitions – his latest being their 1-0 win over Atletico Madrid. 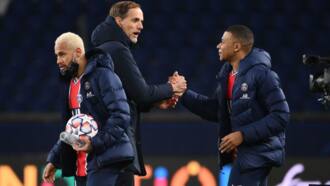 They have also moved to fifth position on the table with 43 points – two behind fourth-place West Ham United and a win for them this weekend could see them rise to fourth. 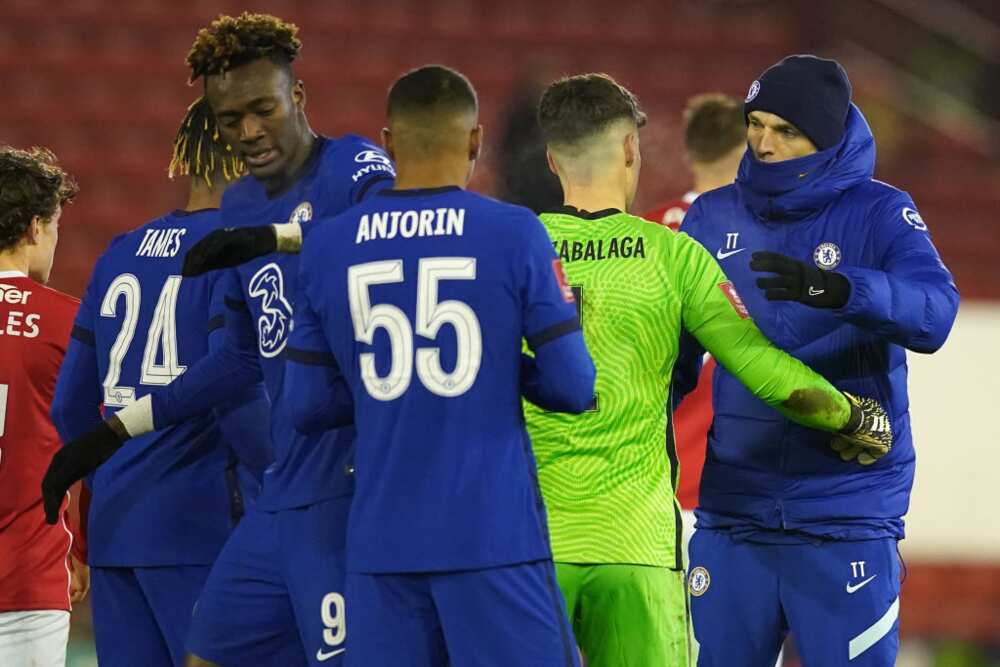 After their 1-0 win over Atletico Madrid in the first leg of their Champions League with Olivier Giroud scoring the only goal, the manager warns his players not to get too comfortable just yet.

Chelsea will also face Liverpool, Everton, and Leeds United before their second-leg meeting with the Spanish League side next month. Tuchel was quoted by The Mirror after his UCL victory.

“Honestly, we now play Manchester United, Liverpool, Everton and Leeds but this is good. We cannot get comfortable or get lazy.”

The German was delighted with his side after they took a deserved win over Diego Simeone to seize the upper hand in their tie, he told BT Sport.

“Fantastic result, fantastic goal. Well deserved. We wanted to dominate in the opponents’ half, to never lose concentration, not to do any easy mistakes and always be aware of quick counter-attacks for all their quality.

“It was a very disciplined performance – a deserved shut-out. This is the hard work, a team effort – the basis for a big win.

The 22-year-old made a huge impact when PSG visited Camp Nou earlier this month – scoring an audacious hattrick against Barcelona in their Champions League rounds of 16 first-leg clash.

With the triumph in Spain, the French club is one leg into the quarterfinal of the competition and they could be on their way to the final for the second consecutive season having lost to Bayern Munich last term.