– The Omo Ghetto star has over the past few months, given fans a pictorial tour of her home

Talented Nollywood actress, Eniola Badmus, is no doubt living the good life and a glimpse into her apartment is proof that the filmstar is a lover of luxury. 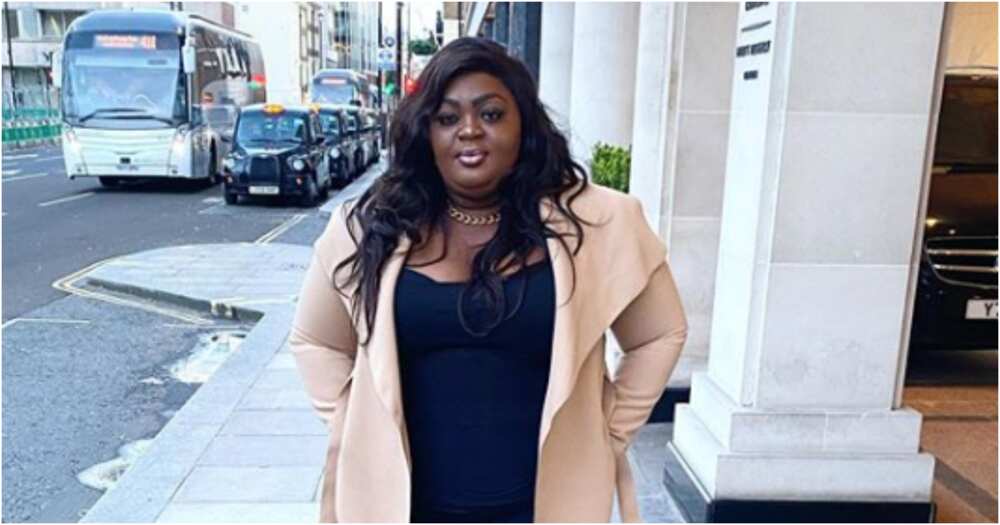 Just recently, she shared some photos of herself posing in her home. In the photo, the actress is seen posing by her beautifully decorated television console.

Recall a while ago, the actress had left fans impressed with an Instagram post that captured the stunning view of her bedrooom.

In the photo, the ceiling is designed in what appears to be a Michael Angelo-inspired painting. One end of the wall is seen covered with a wallpaper of golden-coloured flowers.

Badmus who appears to be living in a duplex shared another photo of herself posing by her staircase.

In other news, These are great times for Nollywood actress, Adesua Etomi-Wellington and her singer/actor hubby, Banky W, as they recently welcomed their first child together.

The ivory beauty who turned 33 on February 22, took to the spotlight away from her new age as she announced the arrival of their bundle of joy whom she revealed to be a baby boy.