– Veteran Nollywood actress, Uche Ogbodo, does not shy away from showing skin on social media

Nollywood actress, Uche Ogbodo, is no doubt a preacher of self-love going by how often she loves to showcase her skin on social media.

While many people have shown her love for this, others have criticised the act. However, she does not seem to care.

Just recently, Uche took to her page to show off her lovely figure in a see-through animal print dress and there were series of mixed reactions to the post. 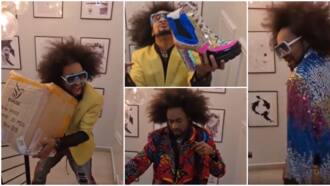 Obviously the actress is used to the negative comments and does not let it deter her.

After she shared the snap, a particular Instagram user identified as @house_of_don.tis said she was way above the league of sharing that kind of photo.

Wasting no time with her response, Uche replied the troll by telling him he was not okay.

See a screenshot of their exchange below: 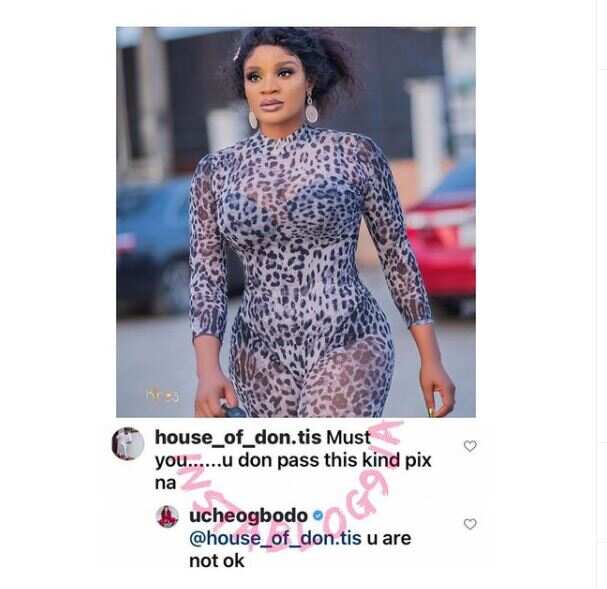 Actress Uche Ogbodo slammed a troll who had something to say about her outfit.
Photo: @ucheogbodo @instablog9ja
Source: Instagram

In other news related to the actress, Legit.ng earlier reported that Uche shared her thoughts on the ‘Be Like Ngozi’ social media challenge.

In a recent Instagram post, the Nollywood actress expressed amusement over the ongoing trend, stating that the challenge was not about how a woman dresses but, what she had in her head.