Music is one thing that brings people from all over the world together and some Nigerian musicians have been able to break barriers to have their works enjoyed by numerous people.

Top Nigerian singer, Wizkid, is one star who is now recognised internationally and some stars from other countries take to social media to celebrate his music from time to time. 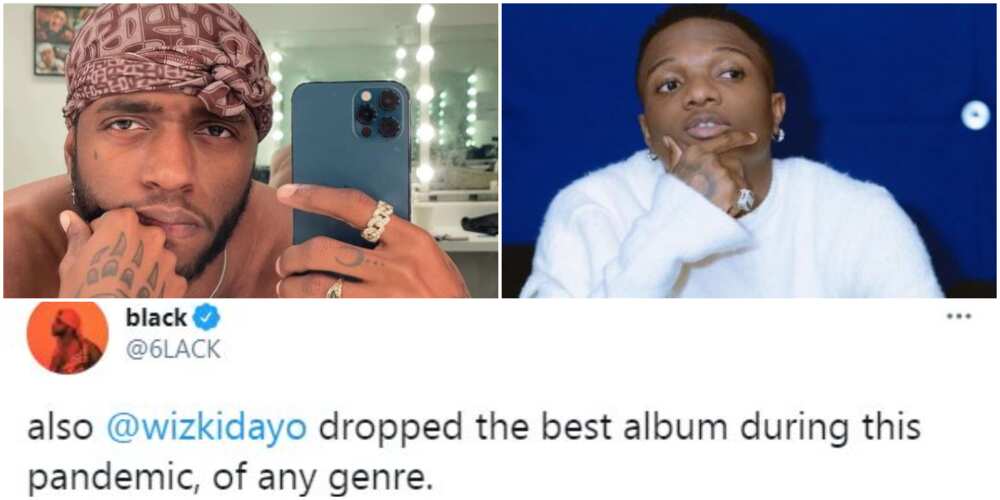 6lack had this to say about Wizkid’s Made in Lagos album.
Photos: @6lack @wizkidayo
Source: Instagram 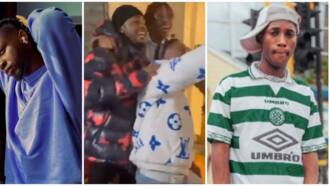 According to the music star, Wizkid dropped the best album of any genre during the pandemic.

“also @wizkidayo dropped the best album during this pandemic, of any genre.”

6lack went ahead to say that the Made in Lagos album is his fave at the moment because it makes him want to move and be happy.

Lion had this to say:

This fan said that Wizkid really went hard on the MIL album:

In other Wizkid news, Legit.ng reported that the singer attended the recently held Headies Awards and won the Artiste of the Year category.

The singer hopped on a flight all the way from Ghana to witness the award show which held in Lagos, Nigeria. His attendance came as a shock as the singer among many others has been known to snub the award show in the past. 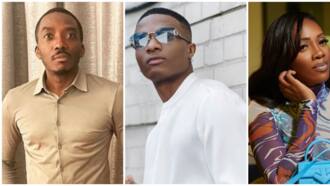