– Many have hailed them for being together for so long, others passed remarks about the kind of shoe Okonjo-Iweala’s husband wore in the second frame

While Nigerians have continued to celebrate the historic emergence of the nation’s former finance minister, Dr Ngozi Okonjo-Iweala as the new chief of the World Trade Organization (WTO) a throwback photo of her and her husband have emerged.

In the throwback photo making the rounds and shared on Twitter by @huncklechu, the couple gave a cheeky smile as they posed for the camera.

In what is a celebration of the amazon’s achievements, a second photo of the couple was placed side by side their throwback. 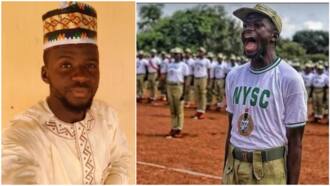 Nigerians have gushed about their love story and described them as being worthy of emulation.

However, some sections of tweeps were particular about Ngozi’s husband, Ikemba Iweala’s shoe in the second frame. They argued that his shoe is not a reflection of his current status, a testament to his humility. 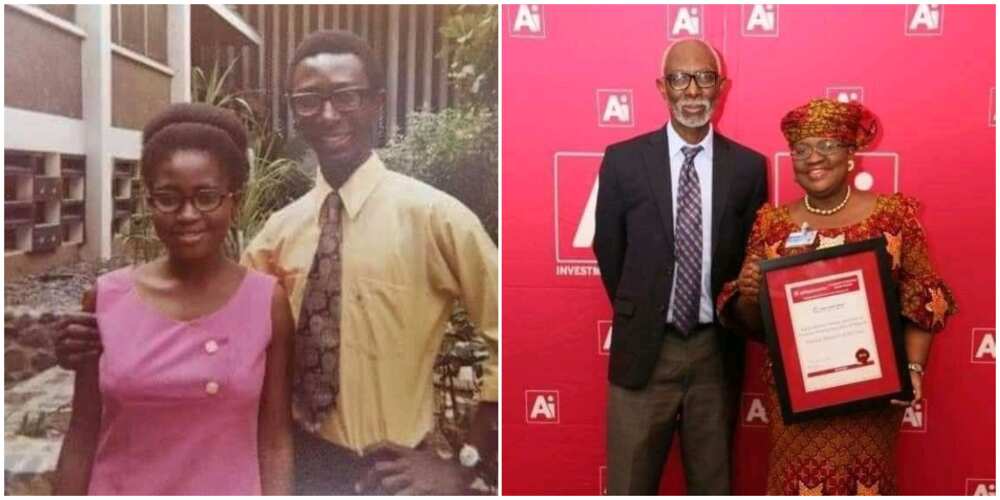 Legit.ng gathered some of the reactions below:

“If u meet this man on the road wit his shoe u will think he is just a private school teacher not knowing he is a billionaire.”

”This man is over 10 billion naira rich. A renonwed neurosurgeon based in America, his dress ain’t awkward or shabby. Why downgrading his style?. Please stop trolling people’s choice of livelihood in as much as it doesn’t bridge public peace. He dressed simple and neat.”

“There’s nothing wrong with his shoes, he’s not your mate and has a different taste in style. The major thing Is to be neat and smell good.” 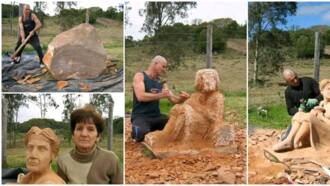 Meanwhile, Legit.ng earlier reported that social media users were recently treated to a rare throwback photo of a Nigerian public figure and her hubby from way back in the days.

In the cute photos, the two lovers were spotted side by side as they struck a warm pose for the camera.

AbbakarAbbakar in his tweet however ruffled some feathers online when he suggested in his caption that other females should also remain committed to their struggling partners as they do not know what the future holds.