A recent trend that has left people in shock is die-hard fans of celebrities flaunting tattoos of their names or faces on different parts of their body just to show their love and support.

Celebrities who have their names or faces on the bodies of some of their fans include Naira Marley and popular crossdresser Bobrisky and just recently, BBNaija Lockdown ex-housemate, Ka3na.

Taking to her official Instagram story channel, Ka3na, slammed a girl who tattooed her name on her thigh. 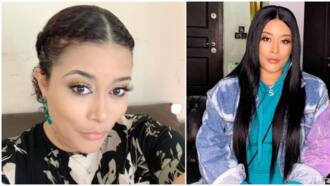 Nollywood actress Adunni Ade reacts, schools troll who advised her to get married Stating that tattoos are permanent, she listed other ways fans can show that they love her, by posting her photos, attending her events, and dropping comments on her post.

She also called out to celebrities who encourage the act by giving fans money after seeing the photos or videos to stop and get their fans to do the right thing.

Ka3na also took to Twitter to preach the same thing but was met with backlash as she had taken to the platform earlier this month to ask who would tattoo her name.

“My Question: Will She Be Proud Of Her Actions Few Years From Now? I love and appreciate the love and gesture but it doesn’t change the fact that I’m totally against this. I understand she’s young and naive and that’s the only reason I will be reaching out to her.” 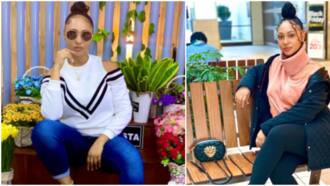 The reality star had earlier put up the tweet below.

“For the first time I’m going against you Mrs. It was this same platform that you tweeted that someone should tattoo you on her body or something after you saw bob’s fans do that. You encouraged it in the first place so why make her feel bad about it? so wrong.”

“She was just being an obedient fan to you, you should have said you were joking. Dash her small thing abeg, let her efforts not be in vain.”

In other news about the ex BBNaija housemate, Ka3na hinted at the lack of loyalty being the reason for falling out with former friend and fellow ex-housemate, Lucy.

In a recent Q&A session with her fans, a curious follower asked about what happened between the two of them. 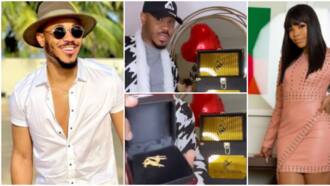