– Marte is located on the western coast of Lake Chad and has an area of 3,154 km²

A report by PRNigeria indicates that Nigerian troops have successfully recovered Marte town from the Boko Haram terrorists.

A military officer quoted in the report stated that the troops successfully and safely detonated series of IEDs laced along the routes and finally dominated the general area. 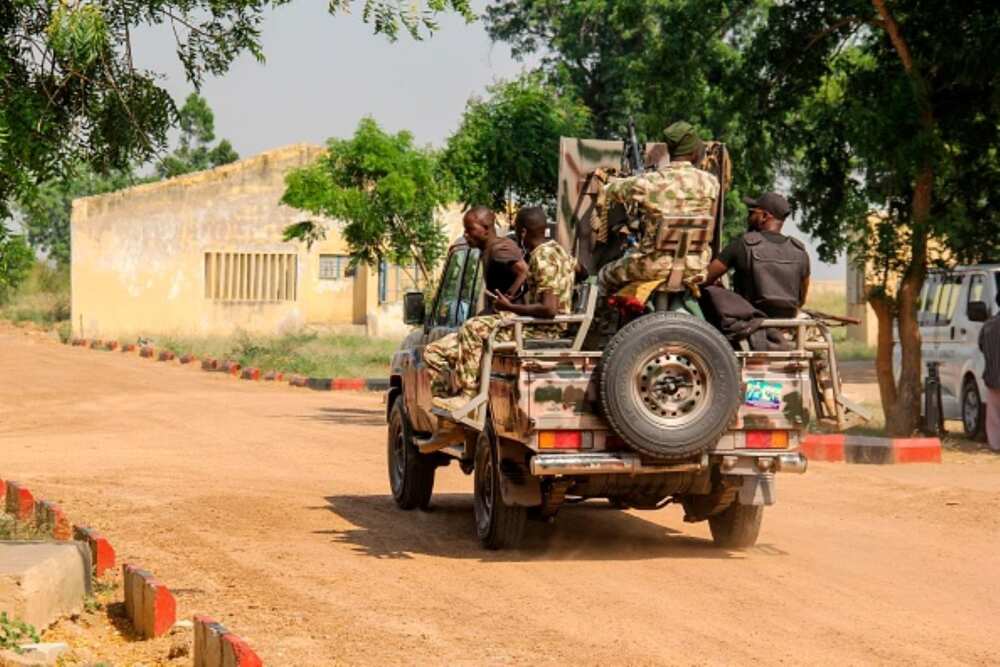 “New Marte effectively in our hands since 3 pm. Our will and determination are unshaken. We are ever determined not to let our service chiefs and the nation down. ”

Part of a Nigerian Army statement confirming the development stated:

“The troops backed by air cover from the Nigerian Air Force, successfully charged through Marte town, destroying several Improvised Explosive Device (IEDs) and landmines laced across their routes and killing scores of Boko Haram/ISWAP terrorists and successfully recovered the town.

“The gallant troops are currently in total control of the general area.”

Recall that the terrorists recently hoisted their flags in military outposts in New Marte and Kirenowa, the biggest towns in Marte local government area of Borno state.

Residents of the area were trapped in towns and villages in the local government as the insurgents moved to consolidate their hold on Marte.

The terrorists also stationed their fighters in strategic locations while others are serving as police, giving directives to locals who were unable to leave.

Meanwhile, the Redeemed Christian Church of God (RCCG) on Sunday, February 21 held a special prayer walk across the world over the rising insecurity and other challenges confronting Nigeria. 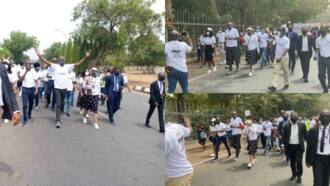 Legit.ng monitored the walk held in the Federal Capital Territory, Abuja by the Throne Parish of the RCCG.

Addressing journalists during the procession, Pastor Tunde Benjamins-Laniyi, the pastor-in-charge of the parish, said the prayer intercession was a mandate from God, adding that it was also taking place in the over 40,000 parish churches of the RCCG in 198 nations across the world.