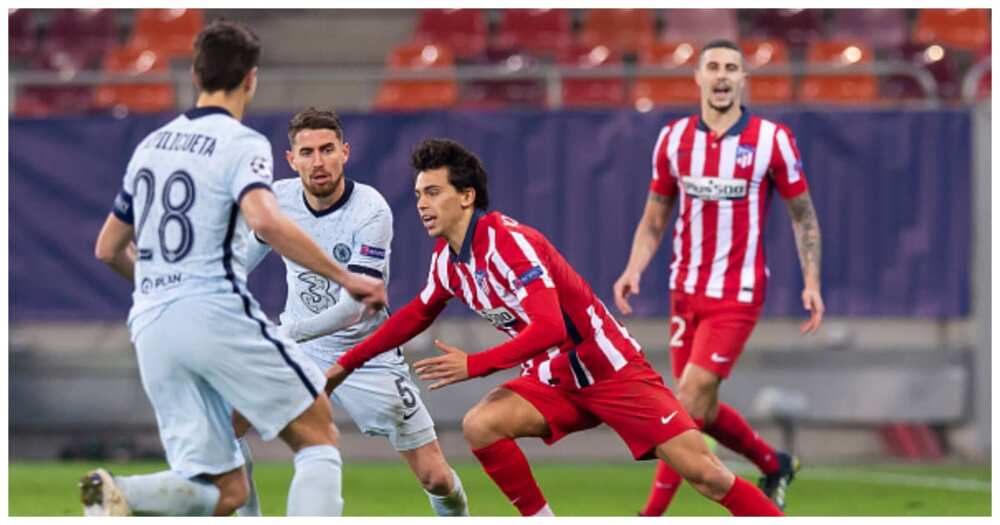 Thomas Tuchel’s men booked a date with Atletico in the last 16 of Champions League after finishing top of their group. Photo by Cristi Preda.
Source: Getty Images

The match was Thomas Tuchel’s biggest European test since his arrival as Blues boss back in January when he replaced Frank Lampard who was sacked. 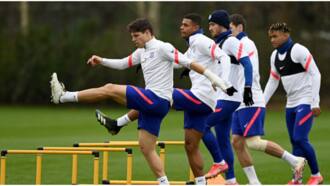 Ahead of the Romania trip, Tuchel had led the west Londoners in seven unbeaten matches across competitions.

Be that as it may, he was keen to help his wards bounce back to winning ways, having settled for a disappointing 1-1 draw in his last outing against Southampton in the Premier League.

However, despite their dominance, Atletico proved a hard nut to crack as they fended off threats fired from all cylinders.

The La Liga giants had the best chance to break the deadlock inside one minute of game play after Chelsea passed the ball a little heavily to Edouard Mendy but Saul Niguez was unable to beat the Senegalese with a tap in.

Thomas Lemar also went close in the 14th minute after he was set up by Luis Suarez, only for the Frenchman to stud it wide.

Callum Hudson-Odoi and Mason Mount nearly combined for an opener a minute later, but the latter’s low cross zipped past Timo Werner.

Marcos Alonso went on to record the tie’s first shot on target in the 25th minute, forcing Jan Oblak to a stunning save with his 20-yard powerful effort.

Chelsea had to wait until the 68th minute to finally break Atletico’s stubborn defence, with Olivier Giroud scoring the opener via an overhead which had to be subjected to a VAR review.

Despite the Spanish side’s late advances, Tuchel’s men were able to hold on to claim a vital win which they will take into the second leg to be played in London for a chance to qualify for the quarter-finals.

The side now shifts focus to their upcoming EPL clash against Man United slated for Sunday, February 28.