– IPPIS is the central payment system the government has introduced to curb corrupt activities related to salary payments, among other functions

The federal government has introduced new control mechanisms to check the infiltration of the integrated Personnel and Payroll Information System (IPPIS) platform by fake employees otherwise known as ghost workers.

Daily Trust reports that the government took the action after the implementation of the Human Resource (HR) component of the IPPIS in the federal service.

In a new circular, the head of civil service of the federation, Dr Folasade Yemi-Esan, reminded ministries of the need to obtain a waiver for employment from her office when needed. 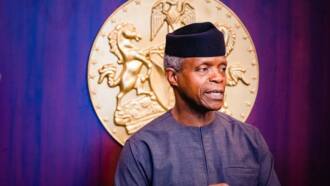 Legit.ng gathers that Abdulganiyu Aminu, spokesperson of the Office of the Head of Service of the Federation (OHCSF), made this known in a statement.

According to the statement, Yemi-Esan also enjoined the ministries to obtain clearance from the Budget Office of the Federation indicating budgetary provisions for the payment of salaries of their new recruits.

She further listed procedures that must be followed to enrol new employees on the IPPIS platform to include that all waiver granted by the OHCSF and appointment letters must be submitted to the OHCSF for confirmation and authentication.

Meanwhile, Legit.ng earlier reported that the chairman of the Non-Academic Staff Union of Universities (NASU) in the University of Lagos, Kehinde Ajibade, described IPPIS as a fraud.

Ajibade said the government deceived the union into accepting the salary payment system. Speaking on Wednesday, February 10, Ajibade said the IPPIS is very faulty because, through it, the government shortchanges its members and makes unexplainable deductions from their salaries.