– In recent times, lovers have been creating before and after photos to celebrate years of being together, and two lovebirds recently joined the trend

– @historyandfacts shared two adorable photos of a couple, one of which was taken 50 years ago

Two lovebirds who have been married for several years have got social media talking after recreating an adorable photo they took 48 hours after they met.

“A couple at Woodstock (48 hours after they met) and the same couple 50 years later.”

Wearing almost the same hairstyles, the couple posed the same way in both pictures as the wife smiled for both cameras. 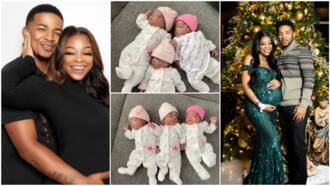 Family give their triplets nice photoshoot, their pictures make people want to have babies 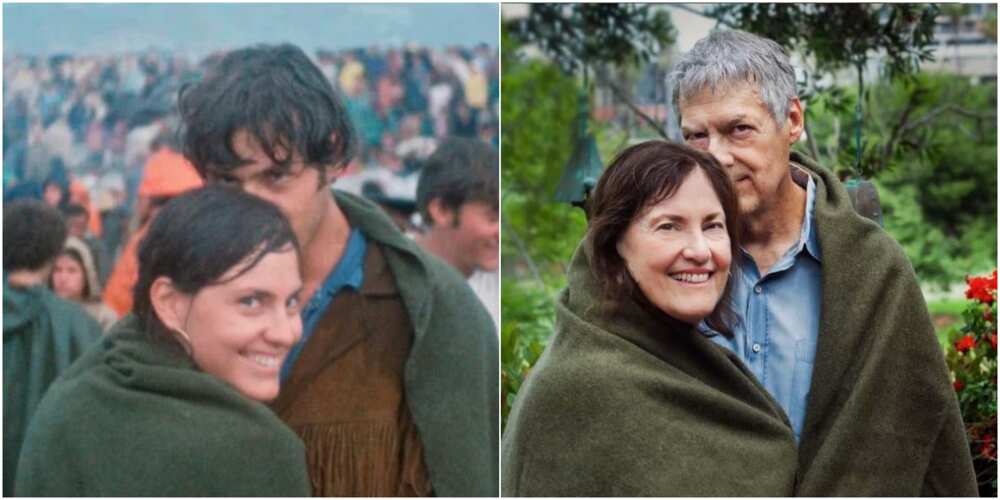 The lovebirds have been together for many years.
Photo credit: @historyandfacts
Source: Twitter

“He has added 50 years to his life. She doesn’t seem like she has grown a day older!”

“That’s what the loyal and consistent love of a man can do, for your skin.”

“The Woodstock event would be the first dates I’d dial if I owned a time machine.”

“I vaguely remember reading a story about this couple. They had never seen the picture until one of their children saw it in a montage of Woodstock photos that started circulating leading up the anniversary I believe is the story.”

In a similar news, three Nigerian siblings recreated an adorable family photo they took many years ago with a new one as they struck similar poses and got social media talking.

One of the siblings with the Twitter handle @chefobubu took to the social media platform to share both photos and captioned them:

“How It started Vs How it’s going.”

In both photos, the male, with palpable smile on his face, stood beside his two sisters as they posed for the camera.