– Also, the governor said Tinubu must be supported if he is interested in contesting for the presidency

As the race to succeed President Muhammadu Buhari in 2023 tactically commences, southwest leaders have been urged to be united.

The call was made by Ogun state governor, Dapo Abiodun when he was visited by a delegation of the South West Agenda (SWAGA) in Abeokuta, the state capital.

Abiodun consequently called on leaders of the All Progressives Congress (APC) to ensure that Asiwaju Bola Tinubu becomes the presidential candidate if he declares an intention to run. 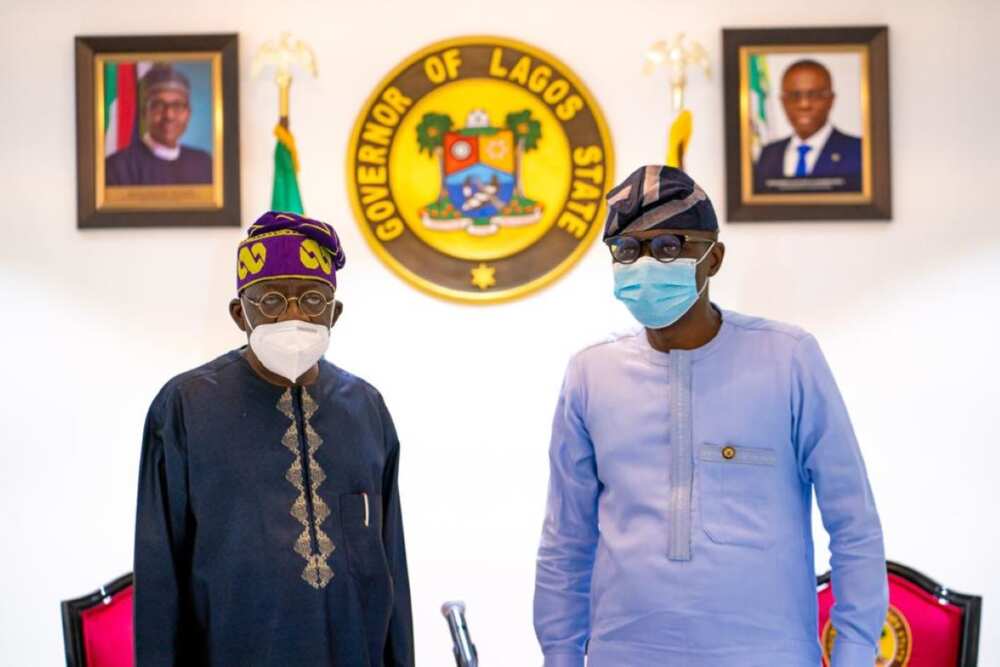 Ogun State Governor Dapo Abiodun has called for unity and cohesion in the Southwest ahead of 2023 electioneering. Photo: @jidesanwoolu
Source: Twitter

Going further, he claimed that some people are peddling lies that he wanted to play spoiler roles and jeopardise southwest chances in 2023, The Nation reports.

He said he has no anti-southwest agenda and those in that camp should be neutralised.

The governor consequently declared his support for a southwest presidency.

Abiodun promised that he would do all in his powers to work with stakeholders towards the attainment of the set objectives.

The leader of the SWAGA delegation, Senator Dayo Adeyeye, thanked Abiodun for receiving the delegation, despite the short notice.

He made this known on Sunday, February 21, during a courtesy visit to the Palace of the Akarigbo and Paramount Ruler of Remoland, Oba Babatunde Ajayi.

The former minister of state for works speaking during the group’s visit noted that the All Progressives Congress (APC) national leader is a good product that doesn’t need any advert.

In another report, Legit.ng reported that Mudashiru Obasa, the speaker of the Lagos state House of Assembly said that anyone who succeeds in meeting expectations as a governor of Lagos state can preside over Nigeria successfully.

Ekiti 2022: Buhari’s aide says no ‘houseboy’ will be imposed as governor

Obasa, who is one of those championing mobilisation in support of the presidential ambition of the national leader of the APC, Bola Tinubu, made this known on Thursday, February 18.

The speaker urged Nigerians to support Tinubu’s ambition in 2023 for the greater Nigeria.