Lionel Messi was spotted in training making a meal of his teammates like they were a bunch of amateur players, Twitter.

The six-time Ballon d’Or winner got the social media buzzing as a video clip of effortless dribbles and passes that mesmerized members of Ronald Koeman’s squad.

The 33-year-old was on two occasions given the ball by Marc-André ter Stegen as he went in between players to score at the other end in a five-a-side session.

He also did a one-two with Sergio Busquets and put the ball inside the back of the net with the easiest of precisions.

The last part of the clip was how Messi at the near post chipped the ball effortlessly past Ter Stegen like one of the great goals against tough teams. 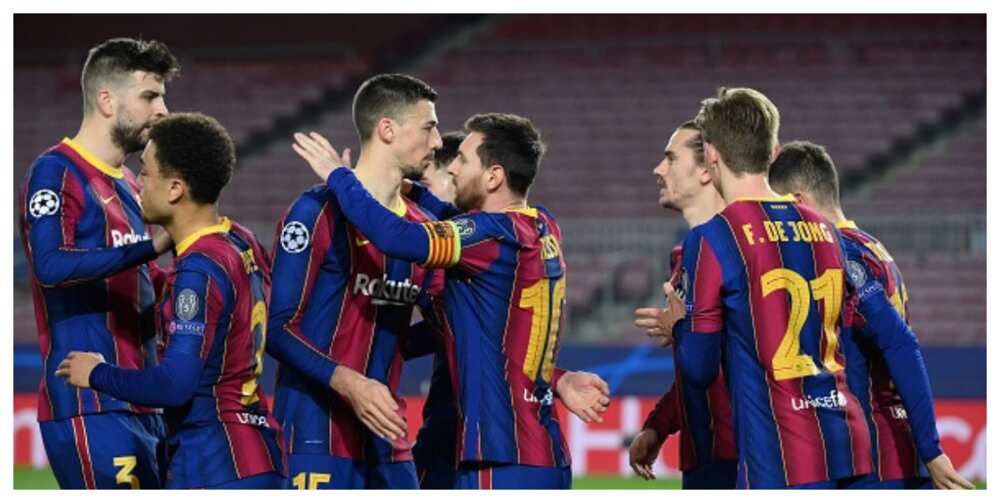 One fan who was stunned with Messi’s skills said:

“He’s playing against the best defenders in the world and acting like it’s Sunday in the park.”

A third just laughed at the nutmeg pass he made through the legs of another player.

The Argentine superstar leveled up with former teammate Xavi Hernandez who spent his entire career at the Camp Nou with 505 appearances.

Messi moved up one match above Xavi when he laced his boot for the 506th time for the Catalan giants in La Liga.