– This call came after the former state governor was arrested by officers on Sunday, February 21

Less than one day after he was arrested for forcefully opening the sealed Royal Spring Palm Hotel, Rochas Okorocha has been invited for questioning by the police in Imo.

The invitation was given by the police commissioner for the state, Nasiru Mohammed, Channels TV reports.

The decision of the police leadership in the state was made known by the spokesman of the command, Orlando Ikeokwu.

Ikeokwu revealed that the need to quiz the former governor came after the command got a distress call that the security details of Okorocha were engaged in a fracas with police operatives attached to the sealed property.

He explained that police officers swiftly intervened to prevent the total breakdown of law and order in the area. 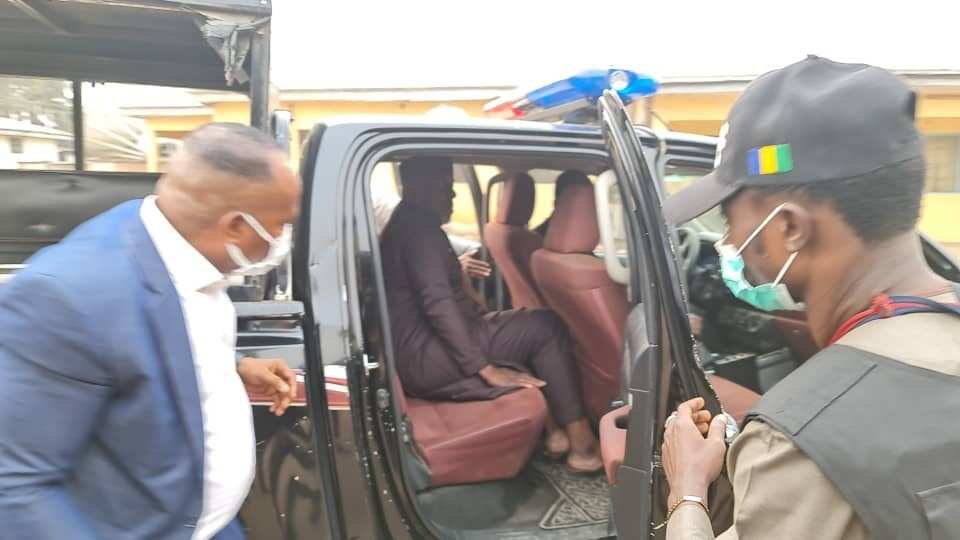 Okorocha has been invited by the police command in Imo
(Photo: The Nation)
Source: UGC

Earlier, Okorocha was arrested for daring Governor Uzodimma, his successor, to reopen the Royal Palm Estate which was sealed by the state government.

It was gathered that Senator Okorocha, accompanied by his son-in-law and political protege, Uche Nwosu, broke the keys to recover the estate which allegedly belongs to his wife, Nkechi.

The Imo west senator’s daring action, Legit.ng gathered, infuriated loyalists of the Uzodimma-led Imo state government who confronted him in a clash that has reportedly left one person injured.

Meanwhile, Governor Uzodimma of Imo had lifted the lids on the presence of operatives of the Nigerian Army in Orlu community of the state. 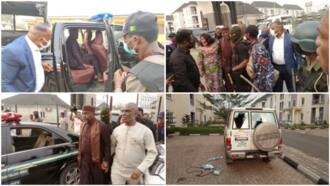 During a press briefing on Friday, February 19, the governor said he invited soldiers to Imo state to restore normalcy and set the affected community on the path of peace again.

Soldiers were seen in Orlu on Thursday, February 18, with military choppers flying in what created a scene of fear and pandemonium.