– The actress made the announcement as she clocked a year older on February 22, 2021

These are great times for Nollywood actress, Adesua Etomi-Wellington and her singer/actor hubby, Banky W, as they recently welcomed their first child together.

The ivory beauty who turned 33 on February 22, took to the spotlight away from her new age as she announced the arrival of their bundle of joy whom she revealed to be a baby boy. 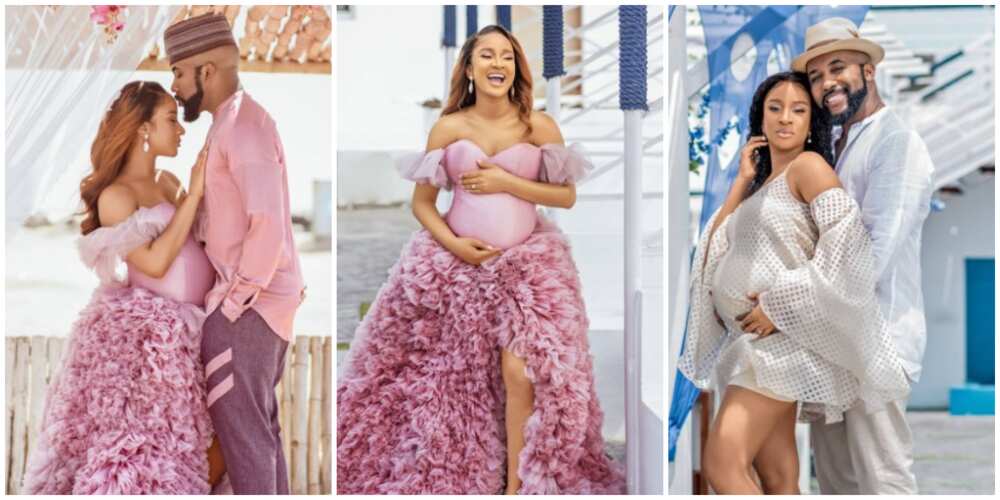 Adesua who shared some absolutely heartwarming photos from her pregnancy shoot, is seen dressed in a lavender off-shoulder ball dress, wearing a vibrant smile as her hubby holds her in a loving hug, surrounded by lavender-coloured flowers. 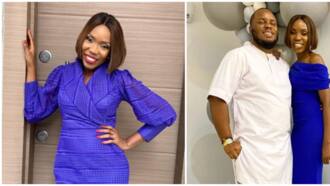 In the second slide, the Wedding Party star is seen cradling her baby bump with her signature broad smile on her face.

In another photo, the couple is seen holding in each other as they pose in white outfits.

Sharing the photos, Sdesua revealed that they welcomed their baby a month before her birthday. This could mean that their baby arrived on January 22, 2021

“You have a track record of keeping your word. Ọlọrun agbaye o, you are mighty”.4 weeks ago I received the best birthday gift ever. Our Son. 1+1=3 “

In a similar story, these are also great times for Lala Akindoju and Chef Fregz as they are set to welcome their first child into the world.

I am the complete package: BBNaija’s Erica hypes self as she shares beautiful new video

An excited Akindoju took to her official Instagram page of over 200,000 followers to share stunning new photos of herself rocking a pregnancy bump.