Barcelona would have themselves to blame on Sunday afternoon, February 21, as they allowed 28-year-old midfielder Alex Fernandez to score the equalizer at the death in their 1-1 draw against Cadiz at Camp Nou.

Koeman’s men started the match impressively with the likes of Lionel Messi, De Jong and Dembele firing in all cylinders for the Catalans, but they were unable to score.

Lionel Messi had the chance to open scoring for Barcelona in the 6th minute after getting a brilliant pass from Dembele but his shot was well parried away by goalkeeper Jeremias Ledesma. Barcelona were given a penalty in the 31st minute after Isaac Carcelen from Cadiz tripped Pedri in which Lionel Messi stepped forward to score the goal a minute later.

The first half however ended with Barcelona leading the visitors with a lone goal at the Nou Camp.

Barcelona were heading for a win before Clement Lenglet’s dangerous play against Ruben Sobrino gave the visitor a penalty in the 89th minute which was scored to give them a point. 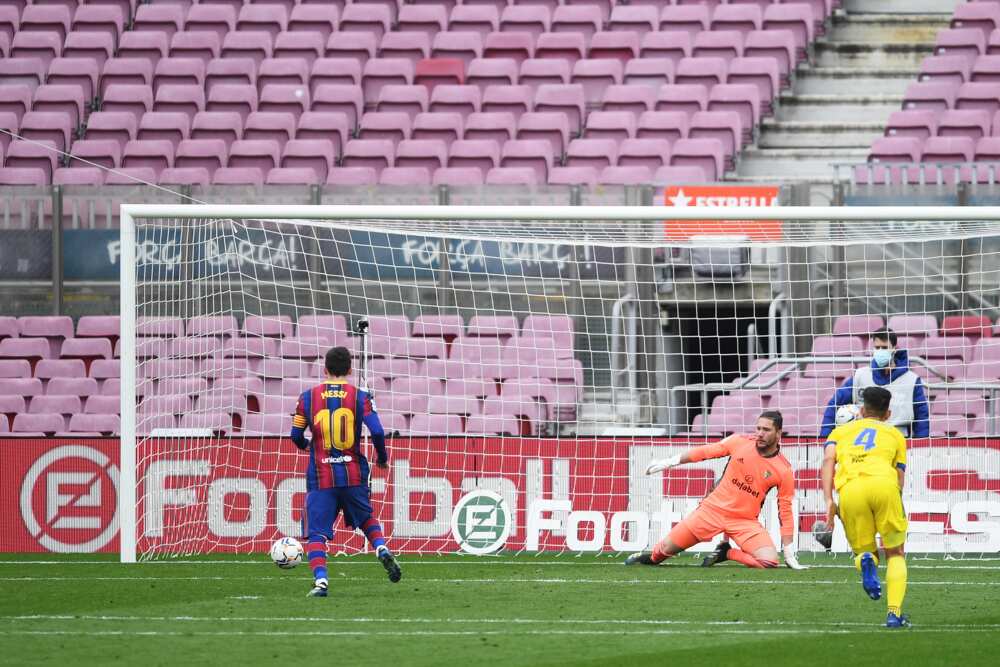 Earlier, Legit.ng had reported how Ronald Koeman’s comment six years ago when he claimed that it is easy for any coach to have Lionel Messi in his team has now come back to haunt him after defeat against PSG.

To the surprise of many football fans in the world, Paris Saint-Germain defeated Barcelona 4-1 in the first leg of their Champions League round of 16 in which Kylian Mbappe scored three goals. 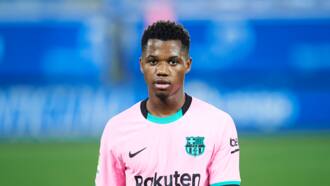 The defeat was another embarrassing one for Barcelona as it will be recalled how they were sent out of the Champions League last season by Bayern Munich.

In 2015 when Ronald Koeman was in charge of Southampton, the Dutchman explained that a coach should be happy having Messi Lionel in his squad because of his super qualities.

However, Ronald Koeman has not enjoyed performance of Lionel Messi since he got to Barcelona and his comment has now come against him.

Apart from losing against Paris Saint-Germain in the Champions League, Barcelona are also not doing well in the Spanish La Liga as they are occupying third on the log.