Man City have extended their unbeaten streak to 18 matches, thanks to their 1-0 slim win over Arsenal at the Emirates on Sunday evening, February 21. 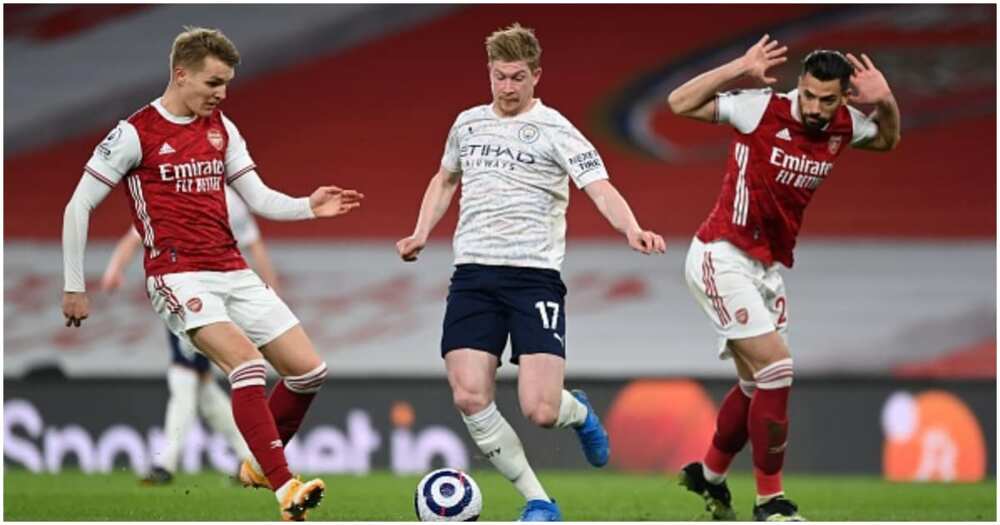 Raheem Sterling struck just two minutes into the second half of the Premier League goal to earn City maximum points away from home.

The Gunners were looking to use the match to bounce back to winning ways, having been held to a disappointing 1-1 draw in the first leg of their last 32 Europa League fixture against Benfica in midweek. 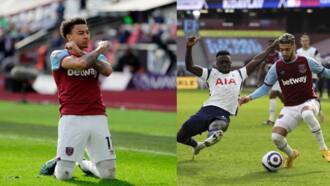 However, they were always going to to be wary of a City side who have not lost 17 of their last matches across competitions, with their last defeat coming back in November against Tottenham Hotspur.

The Pep Guardiola-tutored side has been in fine shape since the turn of the year, with their unbeaten run affording them a place on the summit of the Premier League charts.

The Etihad dwellers stretched their lead atop in midweek to 10 points after they hammered Everton 3-1 at Goodinson Park.

They built on the momentum on their trip to Emirates, taking just two minutes to find the back of the net via Sterling who headed in from six yards from Riyad Mahrez’s well-floated cross.

The Englishman nearly doubled the advantage in the sixth minute, forcing Bernd Leno to a miraculous save after Sterling was set up by Kevin de Bruyne on the edge of the area. 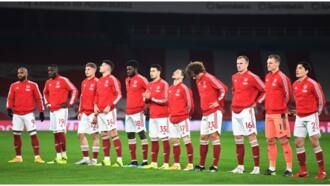 Ilkay Gundogan also went close after the half-hour mark, but his first touch was not the best as it was blocked by Rob Holding who was up to the task.

The German had a chance to make amends in the 57th minute from Sterling’s rebounded shot, only to be stopped by Leno who sprung to his left to push the effort away.

Arsenal’s best chance of the one-sided affair came in the 77th minute after Pierre-Emerick Aubameyang appeared to have set up Bukayo Saka, but the youngster was unable to control the ball to allow Fernandinho to collect it.

Tactical changes from Mikel Arteta that saw Alexander Lacazette and Martin Odegaard did not bear any fruits as City marched to victory.

City’s win has them on top of the standings with 59 points, 10 ahead of now second-placed Leicester City.

Arsenal, on the other hand remain 10th with 34 points, a massive 11 off a Champions League place. 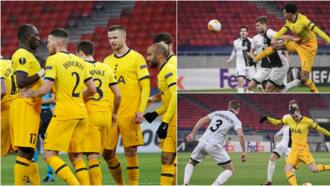 Earlier, Legit.ng had reported how Pierre Emerick-Aubameyang missed a couple of chances during Arsenal’s 1-1 draw with Benfica but the Gabonese striker tendered his apologies to fans.

The North London club should have buried the game but hold an away goal advantage going into the second leg at the Emirates.

Hector Bellerin released a beautiful pass across to Aubameyang and all he needed to do was to apply a simple tap-in to put his side ahead in the 19th minute.