– The Niger state government announced that it secured the victims’ release on Sunday, February 21

– Meanwhile, Sheikh Gumi, a popular Islamic Sheikh who has been engaging with bandits, said the kidnapped students and staff of Kagara may also be released on Sunday

The Niger state government says it has succeeded in securing the release of all the abducted passengers of the Niger State Transport Authority.

This was announced via the official Twitter page of the governor of Niger state, Abubakar Sani Bello, on Sunday, February 21. 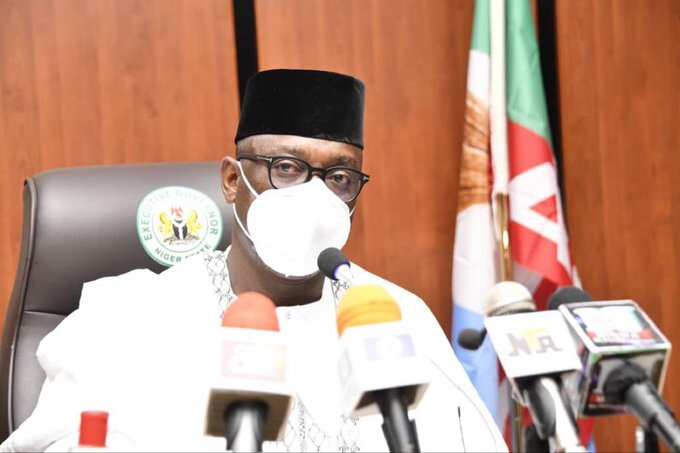 The Niger state government said it has secured the release of passengers abducted by bandits.
Photo credit: @abusbello
Source: Twitter

“Breaking News: The Niger State Government has succeeded in securing the release of all Abducted #RescueNSTAPassengers. Details shortly”

Legit.ng notes that the development was also announced on the official Twitter page of the Chief Press Secretary to the Niger state governor.

“The Niger state Government has secured the release of the abducted NSTA bus Passengers.”

Legit.ng recalls that some bandits kidnapped had eighteen passengers of the Niger State Transport Authority about a week ago.

The bandits left one of the passengers a woman, and her baby in a vehicle while they took the other travellers.

The incident occurred at Yakila village in Rafi local government area of Niger state as the passengers were heading to Minna from Kotangora.

Meanwhile, four days after the abduction of some students of the Government Science College, Kagara, Niger state, a prominent Islamic cleric, Sheikh Abubakar Gumi, has said that the kidnapped children might be released today, Sunday, February 21.

Some bandits had on Wednesday, February 17, invaded the school and whisked away 27 pupils and 15 staff members after killing a Senior Secondary School 3 pupil.

Legit.ng notes that the incident has created nationwide agitation and worries over the safety of the kidnapped pupils and school staff members who were whisked away into the bush by the bandits.