– Regina’s fans begged her to add a little flesh, noting that the weight loss is too much

Nollywood actress Regina Daniels has got her fans and followers talking after she shared some photos on her social media page.

The mum of one rocked a black outfit as she posed for the camera. The photos shared by the billionaire’s wife, however, showed that she has lost so much weight.

The film star doesn’t seem bothered though as she captioned her post with a statement that shows she doesn’t care what anyone had to say. 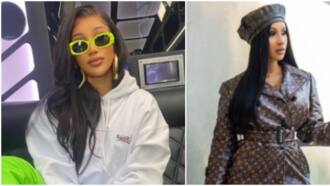 Cardi B releases new song and music video, thanks fans for their support 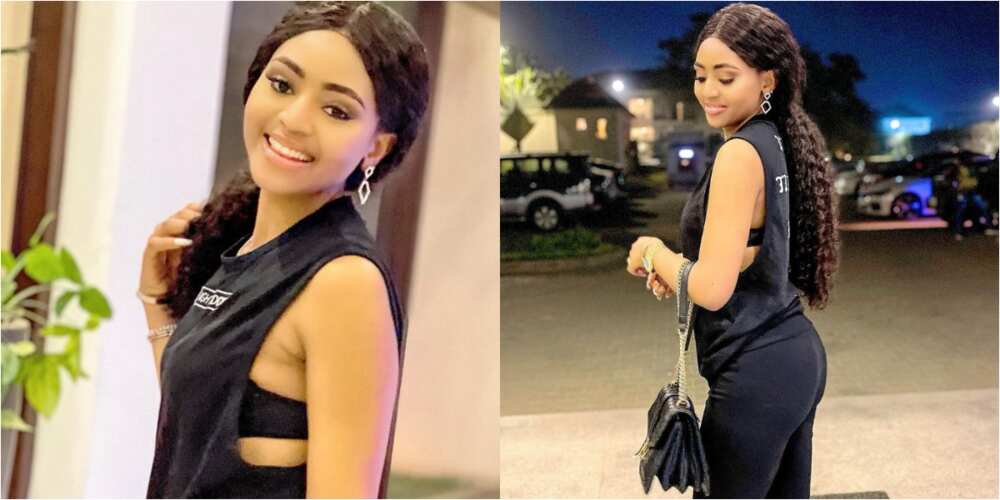 In the caption, she said that the version of her that a person creates in their mind is not her responsibility.

Check out the photos below. Swipe left to view more.

As expected, her fans and followers took to her comment section to react to her post. While some complimented her new look, others were concerned and asked if she is okay.

“We want the chubby Regina back.”

“Regina dear, there’s money yes! But u are going down day after day, I know you don’t like it, pls allow yourself breathe, if it’s weight loss process, stop already n if it’s another thing stop too…. you are a shadow of yourself pls, this is not how we know you to be, add flesh biko.”

In other news, Legit.ng earlier reported that Regina shared sultry photos. The young film star who is married to a billionaire businessman took to her social media page in her usual fashion to show off her luxury life.

The movie star shared photos of herself seated in one of her numerous expensive cars and accompanied it with a caption where she motivated fans.

According to her, she is limitless, she is light and she also lacks nothing.