– The general overseer of the of Omega Fire Ministries (OFM), Apostle Johnson Suleman, is still facing accusations from his former pastor

– However, Suleman has repeatedly dismissed the allegations made by his accuser

The brewing feud between the founder of Omega Fire Ministries (OFM), Apostle Johnson Suleman, and a former pastor of his church, Mike Davids, appears to be deepening.

Davids who recently accused Suleman of committing adultery with his wife has threatened to reveal the alleged dealings the clergy had with a Canadian-based Nigerian singer, Stephanie Otobo. 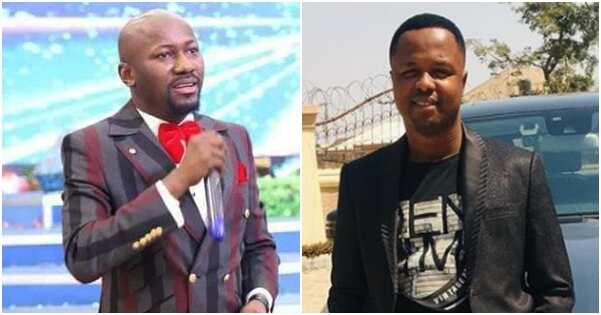 Otobo had claimed to have had an amorous relationship with Suleman but later retracted her claims.

However, Davids, a former pastor at Omega Fire Ministries (OFM), in a video on his Instagram page on Sunday, February 7, said he will reveal what really happened between the singer and the Christian leader.

He made the threat when he countered Suleiman’s claims that he (Davids) doctored an audio recording where his former principal could be heard threatening his life.

“The audio I released is the original audio and Apostle Johnson Suleman knows that the one he released is doctored, fake, manipulated. Don’t forget that I was part of that system for 16 years.

“That you sent me out of OFM for reasons of blackmailing pastors, I want everyone to know that it is a lie. I left that ministry of my own freely because I was tired of your ungodliness as a leader.”

Davids alleged that he played a part in getting the singer to retract her allegations against Suleman.

“We all know the part I played in Stephanie Otobo saga. You knew how we got Stephanie to come to the altar and apologise to Mama.

“I’m coming to that issue because you are pushing me really hard. Because I’m sure that the world and Nigerians will be interested to know how Stephanie eventually came to Auchi to make that confession the day she actually did.” 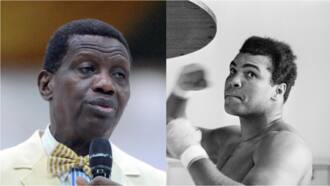 Pastor Adeboye describes late legend as his hero, explains why he cried over the boxer’s health

He also gave Suleman 48 hours ultimatum to order the unfreezing of his accounts or face the consequences.

Legit.ng had reported that Apostle Johnson Suleman tendered an apology following a viral audio clip that had him threatening to make someone disappear.

The preacher dismissed the claims stressing that the audio clip was an incident that happened three years ago in which he had sternly warned a lady, and not Davids, to stop calling him. He said he has since turned a new leaf from what he was at that time.

He stated that he relieved Davids of his role as a pastor in his church because of his ‘evil heart’. Suleman, in the more than two minutes video, further accused Mike Davids of working with other former pastors of the church who he had disciplined to blackmail him.