– Ahead of the governorship election in Anambra state, Chris Ngige and Willie Obiano are trading words over the governor’s performance

– The minister of labour had berated the incumbent southeast governor and his political party, APGA

The November 6 governorship election in Anambra has led to a war of words between the ruling All Progressives Grand Alliance (APGA) and opposition All Progressives Congress (APC) in the state.

In a report by The Nation, Chris Ngige, the minister of labour and employment took a swipe at the sitting governor, Willie Obiano, describing him as an “epicurean and governor-do-nothing.”

Ngige claims that the governor’s idleness was the primary reason Obiano takes and posts anyhow pictures on the internet. 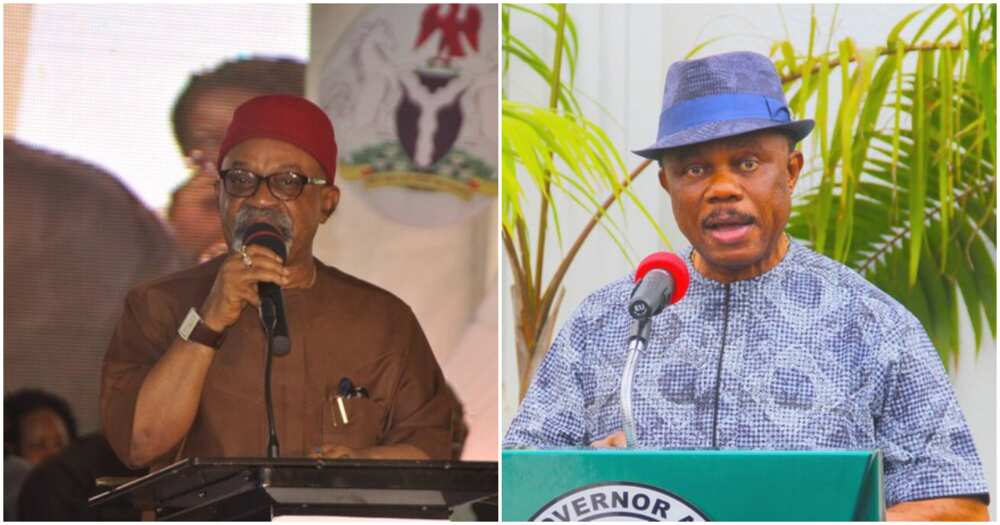 The former Anambra state governor made the claims over the weekend at a meeting of APC stakeholders and members of the registration and revalidation committee of the party.

The labour minister making reference to a picture where Obiano posed with a dog said no busy governor would have leisure take such picture, except the likes of Obiano.

While berating APGA and Obiano for their performance in the state, Ngige vowed to use a broom to sweep them out of the government house.

APGA’s national chairman Victor Oye, however, in a swift reaction to Ngige’s statement described the former governor as a jealous minister and one of Nigeria’s green-eyed politicians.

The minister said the stagnation, depreciation, and retrogression are making the people wish the hand of the clock could be turned back.

In a statement from his media office, Ngige accused Obiano of wasting the opportunity given to him after inheriting a ‘virile and robust state resources.’

The minister challenged Governor Obiano to state his achievements, beyond bequeathing a mounting regime of debts to generations unborn.