– The disclosure was made by Governor Aminu Tambuwal of Sokoto state

Governor Aminu Tambuwal of Sokoto state has revealed how bandits get access to hard substances.

Tambuwal, during his reception of memSheikh Ahmad Gummi-led Bandits Repentance Initiative (S-GULBAR Initiative), revealed on Sunday, February 7, that the criminals get the drugs from female hawkers who deal in local dairy drinks one of which is known as Fura Da Nono, Daily Trust reports.

The governor said he came to know about this after one of his counterparts narrated to him that one of the female hawkers whom he tried to patronise made the revelation in a chat with her.

From his deduction, Tambuwal said the crimes of drug trafficking and violence must be dealt with simultaneously if the menace must be stamped out completely. 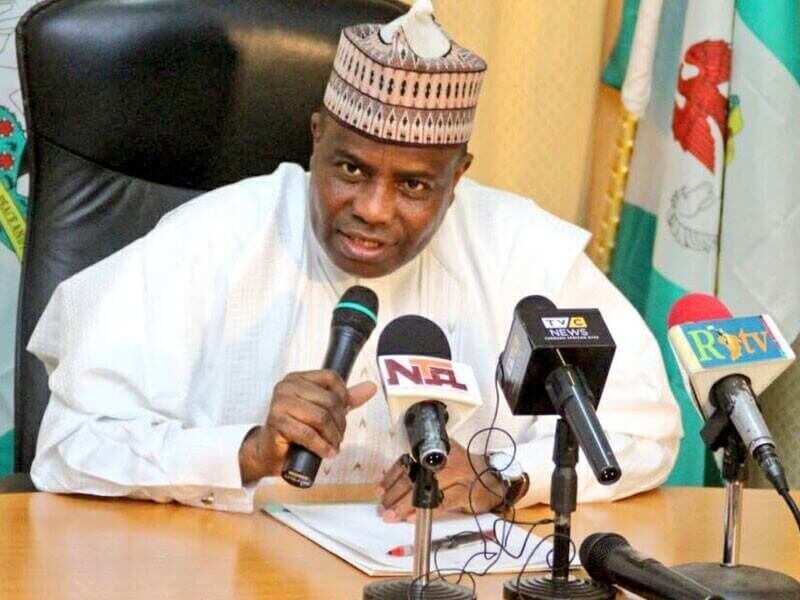 In his narrative, the governor said:

“When he called out on them, one of them ran away. He asked what was the problem and was told that she wasn’t carrying dairy products in her calabashes but drugs.

“My colleague told me that much of the drugs used by the kidnappers and violent marauders get to them in this way.

“For this reason, we must act to overcome this menace of drug trafficking and drug abuse. Otherwise, we will only end up killing the snake without severing its head.”

Meanwhile, Sheikh Ahmad Gumi had expressed optimism in banditry and kidnapping becoming history in Zamfara state and the north.

Gumi gave this assurance on Monday, February 2, during his visit to Zamfara state on a dialogue session with bandits willing to drop their weapons.

The cleric said peace will find its way back into the north and Nigeria, adding that efforts have been intensified to also find a long-lasting peace to the farmer-herder crisis.