– But Solskjaer was unhappy with the amount of added time, claiming it cost United two points

Everton twice came from behind during the Saturday night, February 6, match to hold United to a 3-3 draw.

The Red Devils took a 2-0 comfortable lead into the break after Edinson Cavani and Bruno Fernandes got their names on the scoresheet. 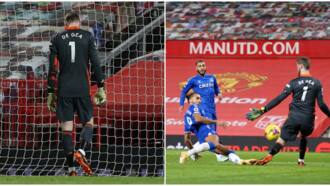 However, the visitors sprung a fightback just minutes into the second half, with both Abdoulaye Doucoure and James Rodriguez scoring to make it 2-2. 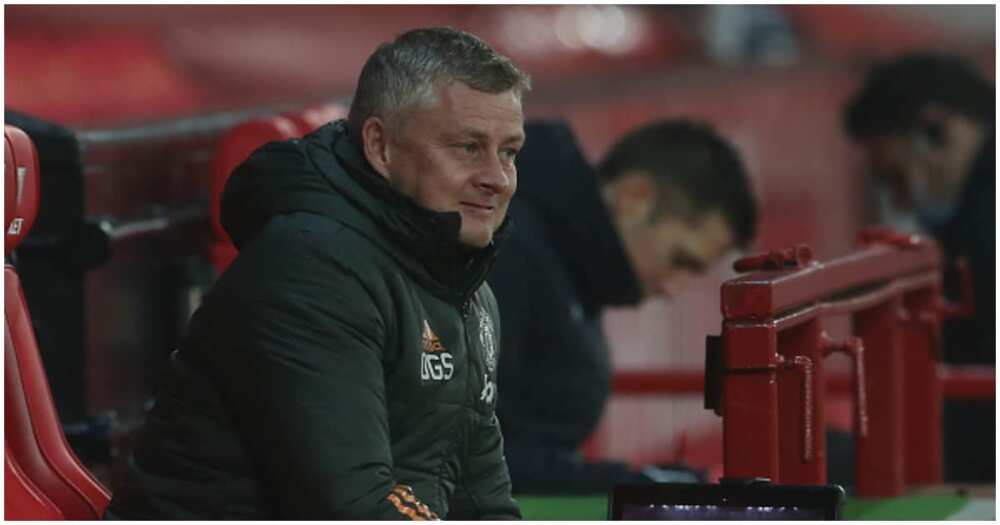 The hosts thought Scott McTominay had won them the tie a 70th-minute header but had it cancelled out by Dominic Calvert-Lewin with the last kick of the match.

Solskjaer now contends Moss played a role in the tie ending in a draw, citing the referee’s decision to add four more minutes of injury time.

However, the Norwegian admitted his wards failed to take control of the tie in the closing minutes, adding it was disappointing to concede at stoppage time. Mail Online quoted Ole saying after the match.

“Four minutes it’s beyond me compared to the three we had the other day. But we should have played the minute out better,”

“They were poor goals. During the game you expect one or two good moments from opponents. When it’s the last minute in added time that’s disappointing,” he added. 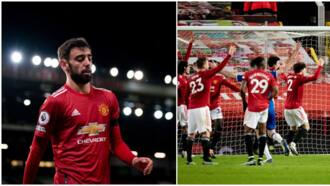 The home draw saw United suffer a blow in their title race as they now sit two points off leaders Man City who have two games in hand.

The Old Trafford outfit is scheduled to battle struggling West Brom in their next league fixture set for Sunday, February 14.

The Red Devils took control of the tie into the break after goals from Edinson Cavani and Bruno Fernandes only for Abdoulaye Doucoure and James Rodriguez to draw Everton level shortly after the second half.