– The Reds, on the other hand remain fourth on the charts with 40 points, seven off City

The Citizens came into the game on Sunday, February 7, in a stunning run of form having gone 13 matches without a defeat.

Liverpool, on the other hand were looking to build on their midweek slim win over Brighton to get their campaign back on track but despite their dominance early in the game, the visitors had the best chance to score in the first half after Fabinho brought down Raheem Sterling in the area. 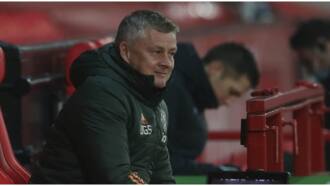 But Ilkay Gundogan failed to convert the penalty, with his efforts going miles off the target as the tie finished all square in the first half. 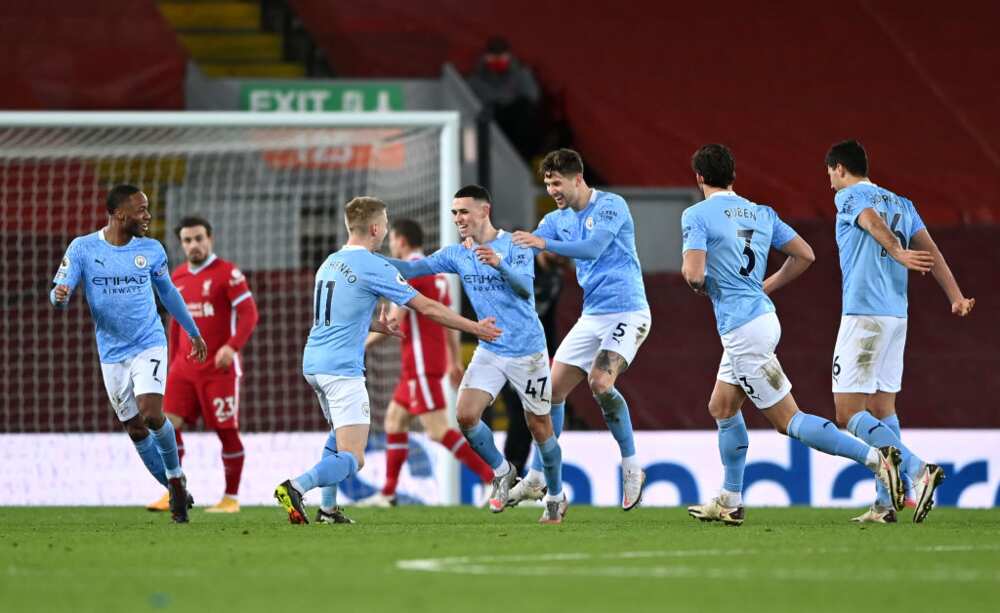 However, the German star made amends for his earlier miss shortly into the second half, firing City into the lead in the 49th minute after he pounced on a rebound.

But the lead was short-lived as the hosts restored parity 14 minutes later through Mohamed Salah who smashed the ball into the net from the penalty spot following a foul on him by Ruben Dias.

John Stones thought he had restored the visitors’ lead in the 71st minute, but his goal was ruled out for offside by VAR.

Undeterred, City kept pushing hard and their efforts paid off two minutes later as Gundogan completed his brace on the night after capitalising on Alisson Becker’s howler. 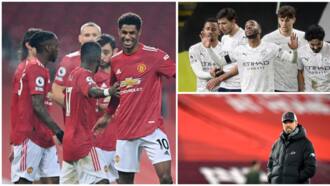 Arsenal, Liverpool are the biggest losers after matchday 22 Premier League round of matches

Sterling made it 3-1 in the 76th minute after another Becker blunder before Phil Foden putting the game to bed eight minutes to time.

City’s huge win saw the open a five-point lead over second-placed Man United with a game to play. Liverpool remain fourth on the standings with 40 points, a massive seven off leaders City.

Meanwhile, Jurgen Klopp’s side has now become the first team after Chelsea to lose three straight home league games the season after emerging EPL champions. Chelsea were the first to record such an unwanted record over 60 years back.