– At last, Sheik Abduljabbar Kabara, the Muslim banned from preaching in Kano, will get a chance to defend his beliefs

– The dialogue, according to Governor Abdullahi Ganduje, will be in the form of a live debate between Kabara and other Muslim clerics in the state

The Kano state government has made a decision on hits decision to ban Abduljabbar Kabara, whose teachings were considered inflammatory and capable of kindling religious tension and disunity.

Governor Abdullahi Ganduje, through his media aide, Abba Anwar, on Sunday, February 7, announced that the state has proposed a live debate between Kabara and some Muslim clerics, Daily Nigerian reports. 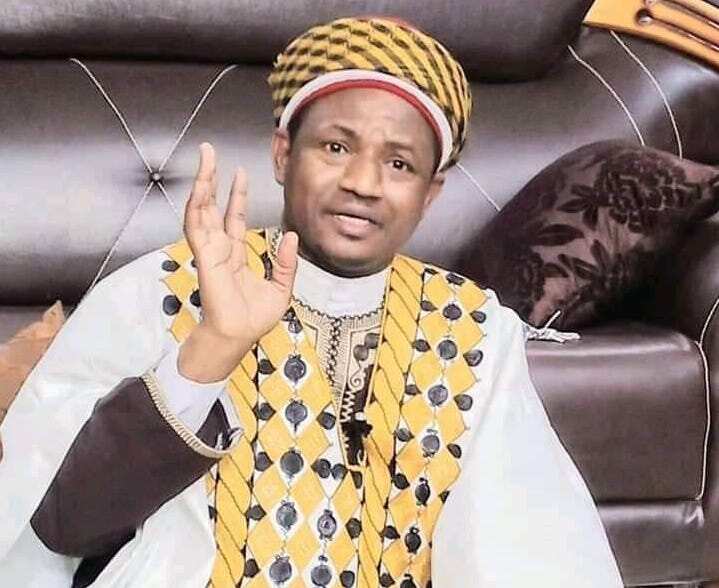 Sheik Kabara has been given a chance to defend his beliefs in a proposed live debate
(Photo: PM News)
Source: Twitter

Part of a statement to this effect read:

“After special meeting between the Kano state governor Dr Abdullahi Umar Ganduje and Islamic clerics from all Muslim sects, on the need to allow for a dialogue between AbdulJabbar Sheikh Nasiru Kabara, and other scholars, the governor accepts dialogue to hold in fews days to come.”

Many lives wasted as bandits open fire on commuters in Kaduna

Ganduje said the government’s new resolve is one of the resolutions made in a recent meeting attended by some top stakeholders in the state among who are the commissioner for religious affairs, Tahar Adam, the chief of staff to the governor, Ali Makoda, and a former gubernatorial candidate in Kano, Salihu Takai.

The governor said the decision will create an avenue for a peaceful dialogue in a bid to douse tension and calm frayed nerves.

“Government will provide a venue for the dialogue and the necessary security for the overall safety of the exercise, before, during, and after.

“Those to be involved from all Muslim Sects are given two weeks maximum, to go and prepare their points of argument/dialogue for engaging AbdulJabbar in the much-awaited dialogue.”

Meanwhile, Kabara had opened up on what he believed prompted the Kano state government to stop him from preaching.

Sheik Karaba alleged that the move is politically-driven and not in any way a religious issue.