A couple displayed a rare show of love to the groom’s mother at their wedding ceremony by shaving their hair in solidarity with the woman who was battling cancer.

The lovebirds stunned their guests on their big day when they took to the dancefloor to show the woman that she was not alone in her battle.

Alistair and his wife Jony warmed his mother-in-law’s heart, and the latter identified as Luna Macapagal passed away on January 12, 2021. 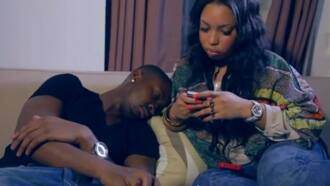 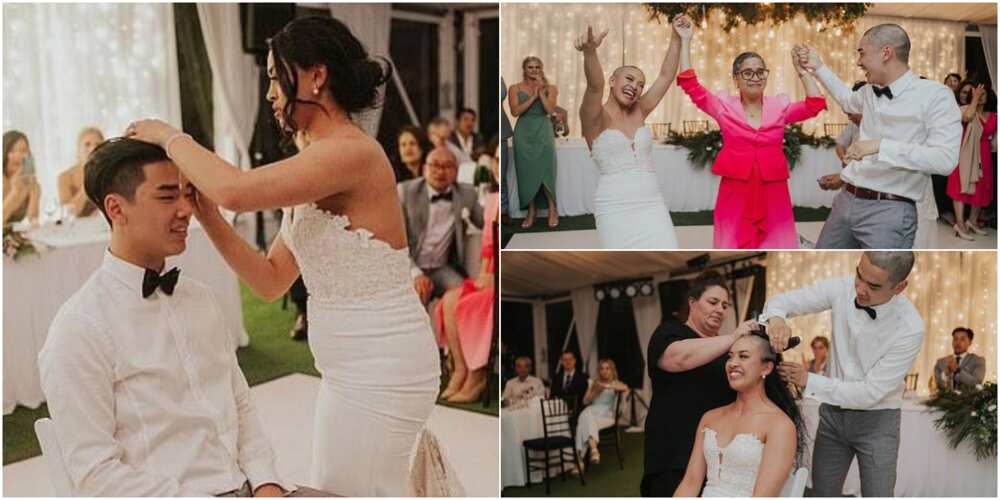 The couple decided to show the bride’s mother that she wasn’t alone in her battle against cancer.
Photo credit: Indian Times
Source: UGC

The bride said it was her husband who came up with the idea to surprise their guests and shave their hair at the wedding reception.

In similar news, a woman has gone viral after a video of her shaving her hair in solidarity with her daughter who is battling cancer emerged.

In a video that was posted on LinkedIn by Kaisar Hamid, the woman could be seen shaving her daughter’s hair. All of a sudden, she put the clipper on her hair and shaved it.

The daughter was surprised as her mouth was agape momentarily. Her eyes soon welled up with tears as she asked her mum why she was doing it.

Sharing the video on his page, Kaisar Hamid wrote:

“This mother surprises daughter who is a cancer patient by shaving off her own hair in solidarity.

“That’s what a mother is all about, putting children first. Can anybody translate it for us? I’m really very curious to know what exactly they are saying.”