– The video showed the moment Yemi Alade, who featured in the song, tossed a number of objects at him from the balcony

Nigerian singer, Paul Okoye, aka King Rudy, has taken to social media to share the making of one of the scenes in his latest song with a colleague, Yemi Alade.

In the post which he shared via his Instagram account, they were at the scene where an angry Yemi who played his wife in the video threw objects at him from the balcony. 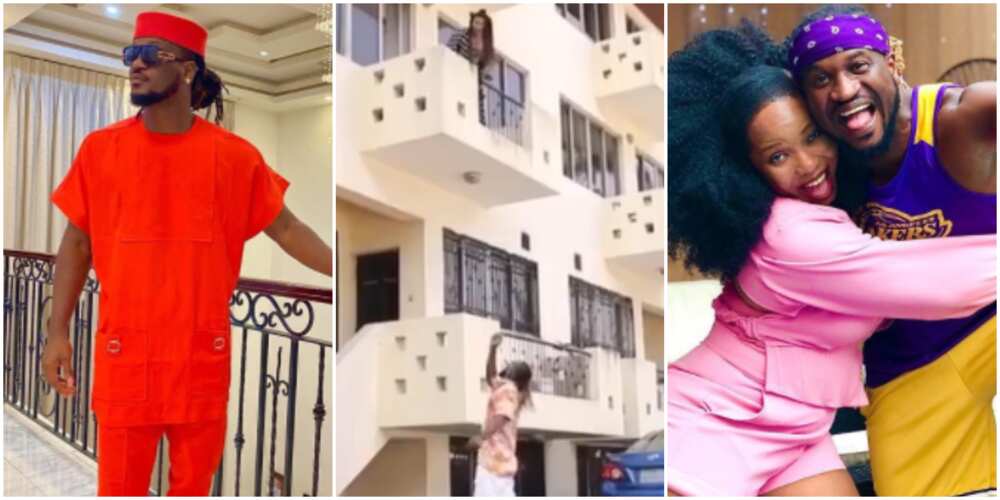 Dodging others, the last object managed to hit the father of three and he took a moment to pause and complain about the force of the throw. The crew burst into laughter as he expressed his pain.

Captioning the post, he noted that the moment felt like the Johnny crooner did it on purpose. He also shared the exact moment from the video fans have been watching.

Fans took to the comment section to laugh at the singer, while some noted that Yemi Alade might have had something personal against him.

“Funny. My guy speak Igbo to save his head.”

“She mean you before bro lol.”

“why are you running?”

“This one don pass acting o.”

In other news about the singer, Legit.ng earlier reported that Paul Okoye shared a photo showing his huge and expansive living room which is luxuriously furnished with top quality furniture.

King Rudy was spotted chilling on a sofa in the living room and the singer seemed to have been watching a show on his TV when the picture was captured.