Luis Suarez has expressed disappointment over how the contract details of his former teammate and close friend at Barcelona Lionel Messi got leaked to the press who published it.

El Mundo has been identified as the Spanish newspaper behind how Lionel Messi’s contract details got to the public after publishing it last weekend.

The revelation in the deal published is that Lionel Messi has already earned massive £452m during his time at the Nou Camp and it is believed to be the most lucrative deal in sporting history.

Lionel Messi himself was not happy about this revelation and has reportedly threatened to sue the Barcelona chiefs who are behind the leak and even the newspaper who carried it.

But the fact is that those who made the information available to the press have not been identified so far.

According to the report on Mirror, Luis Suarez explained that he was sad and heartbreaking to read Lionel Messi’s contract in the press.

“I was surprised to read Messi’s contract in the press.

“I don’t understand that there are people who have so much evil. What Barcelona is today is thanks to Leo.”

Meanwhile, Lionel Messi has not signed a new deal at Barcelona and the Argentine has been linked with a move to Paris Saint-Germain and Manchester City. 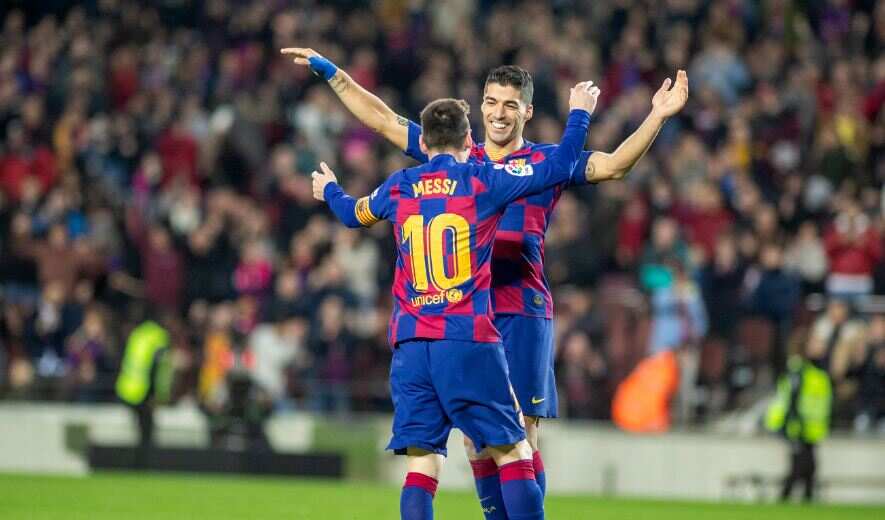 Earlier, Legit.ng had reported how Barcelona manager Ronald Koeman believes some people are out there with the aim of hurting Lionel Messi and by extension the club.

The Argentine superstar whose current deal with the Catalans expires this summer saw the details of his contract splashed on the pages of a Spanish newspaper over the weekend.

However, regardless of the unfavourable publication, the six-time Ballon d’Or winner went ahead to score his 650th goal for the Blaugrana in their 2-1 win over Athletic Bilbao at Camp Nou.

The Dutchman also insisted that whoever released such vital information means no good for the club, hence, does not deserve to remain.

Koeman denied that the publication inspired four-time Champions League winner to perform better in their win over Bilbao.