– Music star, Peruzzi, has subtly pointed out the DMW artiste who likes women the most

– The singer in an exchange with a fan indirectly made a reference to DMW boss, Davido

DMW music stars, Davido and Peruzzi, recently gave their fans something to talk about on social media following an exchange between both of them.

The drama started after a fan tweeted at Peruzzi and said he heard the songwriter is the only DMW artiste who likes women the most.

However, the Amaka crooner was quick to clear his name in his response to the fan. He, however, made sure to make an indirect reference to his boss Davido. 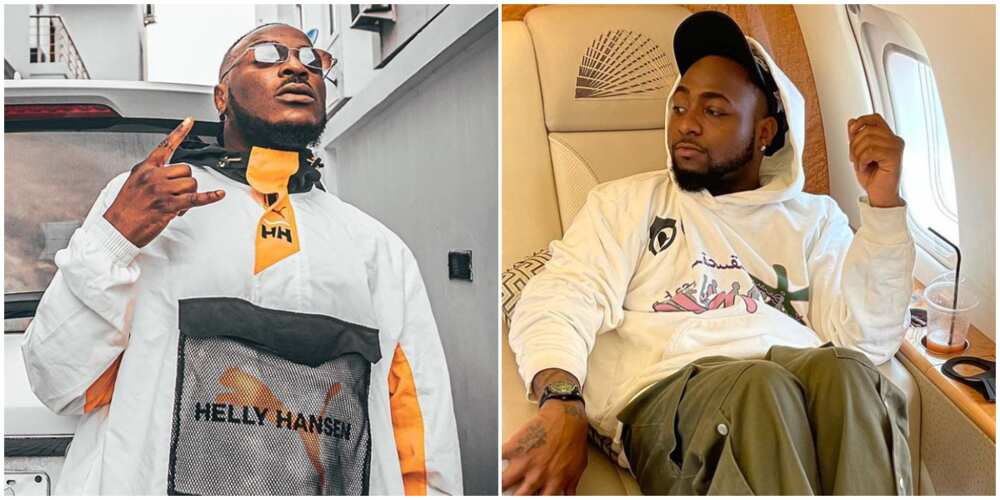 Peruzzi in his tweet culled a line from Davido and Mayorkun’s collaboration, The Best. 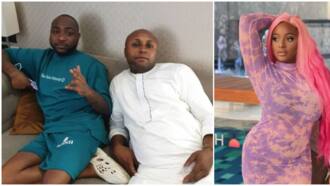 Recall that in the song, Mayorkun dropped a catchy line about learning from the best in the game which is Davido.

Well, with his response, the songwriter was indirectly suggesting that he learnt the act of womanizing from Davido.

See the exchange below:

Interestingly, shortly after the tweet had garnered reactions from fans on the social media platform, Davido surfaced in a bid to clear his name.

The FEM crooner simply quoted Peruzzi’s tweet with a viral photo of the singer which has gained a reputation as a meme on social media.

The meme is often used by a person trying to steer clear of trouble.

Davido is the only DMW star who has fathered three children with three different women. The celebrity DJ disclosed her plan to sue Israel DMW for libel and defamation of character. This happened after Isreal alleged that Zlatan Ibile did not get any payment from their Gelato collaboration.

Well, Davido took to her Instagram comment to react to the post. As is the trend with the DMW crew, Davido dropped a ‘tule’ as his comment, suggesting the Jollof On The Jet crooner let Isreal be.