– The governors had a meeting with leaders of religious, traditional and socio-political groups in Imo on Thursday, February 4

– Among attendees at the meeting were the governors of Kaduna, Imo, Kebbi, and Jigawa

In a bid to calm already frayed nerves following the herdsmen crisis, Nigerian governors had a meeting with stakeholders in Imo state on Thursday, February 4.

Others are George Obiozor, the president-general of the Ohanaeze Ndigbo, leaders of Miyetti Allah in five southeast states, and key members of the Christian Association of Nigeria (CAN).

In his remark, Governor El-Rufai pleaded with citizens and urged them to remember that peace, security, respect for each other, irrespective of ethnic background, and freedom should be key to achieve national unity. 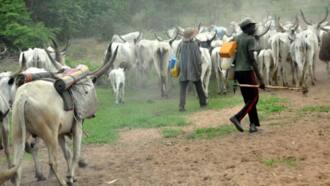 It is a lie! No Fulani, northerner was given quit notice in Igboland, Ohanaeze reacts Making the same appeal to his counterparts in other states, the governor said:

“We must avoid anarchy and vigorously promote the rule of law and the right of all citizens to life, liberty, and livelihoods wherever they choose to reside.

“Elected and appointed public leaders across the country must act on their constitutional obligations to protect all citizens, uphold order, and contribute to a climate for peaceful resolution of all issues.”

On his part, Governor Uzodinma claimed that the herdsmen-farmers crisis is sometimes fuelled by fake news posted on social media.

Uzodinma encouraged herders and farmers to see themselves not as enemies but as partners working in complementary capacities to boost the nation’s economy.

Also, the Northern Governors Forum warned their southern colleagues over inflammatory comments that have caused much harm in the region. 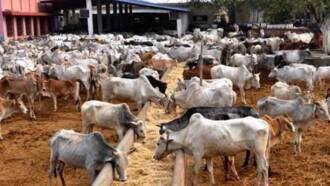 List of states that have begun ranching, rejected it

Meanwhile, Legit.ng reported that the idea of ranching in Nigeria had caused a lot of heated reactions and serious disagreement between states and the federal government.

However, about four states in the north like Benue, Zamfara, Nasarawa, and Gombe had accepted the project and were about to conclude plans to begin it in various local government areas.