– Alexandre Pato is wanted by Iraqi topflight side Al-Diwaniya FC

– However, the striker would not join them unless they give him a house, swimming pool, and security for his family

The 31-year-old Brazilian superstar has been without a club after parting ways with Brazilian side Sao Paolo in July 2020.

Al Diwaniya president, Hussein Al-Ankoshei has however confirmed their interest in the forward but that might be stalled owing to the player’s lofty demands while negotiating a contract.

The former AC Milan according to SunSport quoting Rudaw TV channel claims Pato wants a huge salary, a big house with a pool equipped and guaranteed safety for himself and his wife Rebeca, a TV host. 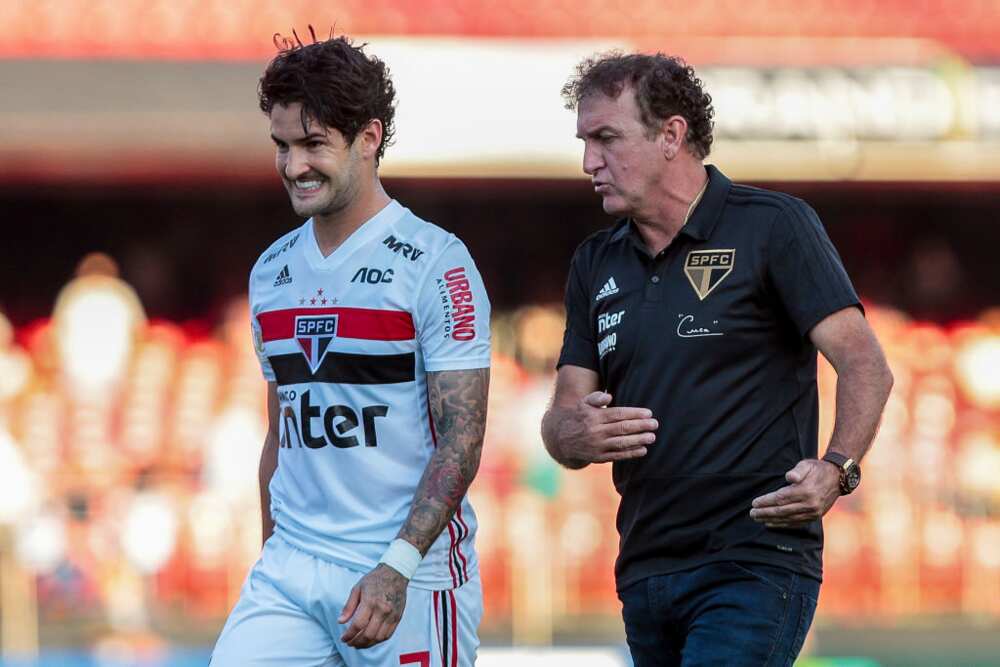 Alexandre Pato speaking with coach Cuca of Sao Paulo during his time at Brazilian side Sao Paulo in 2020.
Photo by Ale Cabral
Source: Getty Images

Al-Ankoshei eluded to the striker’s demands while confirming talks with the player. He said:

“Negotiations are ongoing, the conditions he has set are difficult to meet and there is still no final agreement, it is not easy.”

Al Diwaniya have gone five games without a win while they currently occupy 15th position on the table.

They are so desperate for a victory, the players are said to have been guaranteed a PS5 the next time they pick up three points. And Pato’s arrival could help towards that.

Pato became a sensation during his time in Italy, where he scored 63 goals in 150 appearances, but he was unable to replicate the same after moving to Chelsea on loan from Corinthians in 2016.

Legit.ng earlier reported that former Chelsea star Steve Sidwell has emerged with details of what transpired during a training session while he played at Premier League club, Chelsea.

Sidwell was part of the Blues’ squad during the 2007/2008 session during the first spell of Jose Mourinho as the manager of the London club.

It was gathered that striker Didier Drogba had wanted to ‘kill’ Tal Ben Haim after a dangerous tackle in training – and Jose Mourinho loved it.