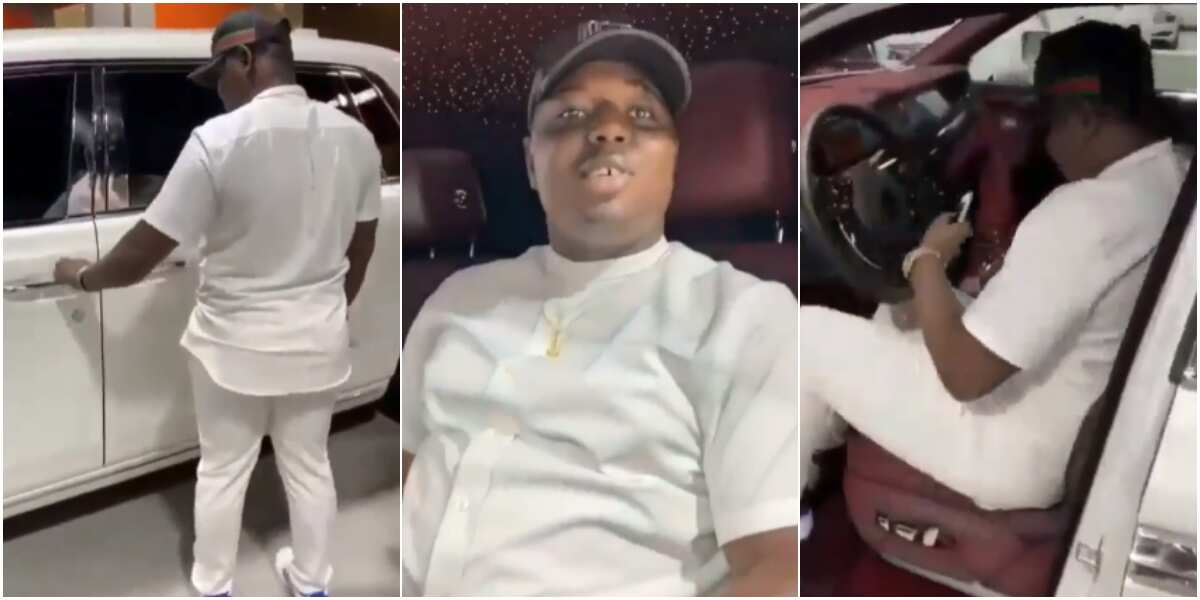 A video of Prince Obieze Nestor, has emerged online in which he could be seen daring the Economic and Financial Crimes Commission (EFCC) and the Federal Bureau of Investigation (FBI) to arrest him while inspecting a Rolls Royce Phantom 8 2020 model.

In the video that was taken weeks before his death in Dubai police custody, the Nigerian inspected the car and dared the EFCC and FBI to come for him. He said he would settle them if they did.

Nestor said he would be bringing the car to Nigeria after buying it. His friend could also be seen in the video buying a Bentley

In the video the businessman also said he isn’t bothered about the anti-graft agency, EFCC and the Federal Bureau of Investigation (FBI).

Nestor was arrested by Dubai police after he posted a video on Instagram flaunting wads of dollars. He was said to have died in detention.