– Kola Ologbondiyan, the spokesperson for the party, said the nomination is suspect

The Peoples Democratic Party has said it is abominable for President Muhammadu Buhari to nominate the immediate past service chiefs for ambassadorial appointments.

The party accused the president of trying to use the appointment as a ploy to shield the former military officers from prosecution over their alleged role in extrajudicial killings in the country. 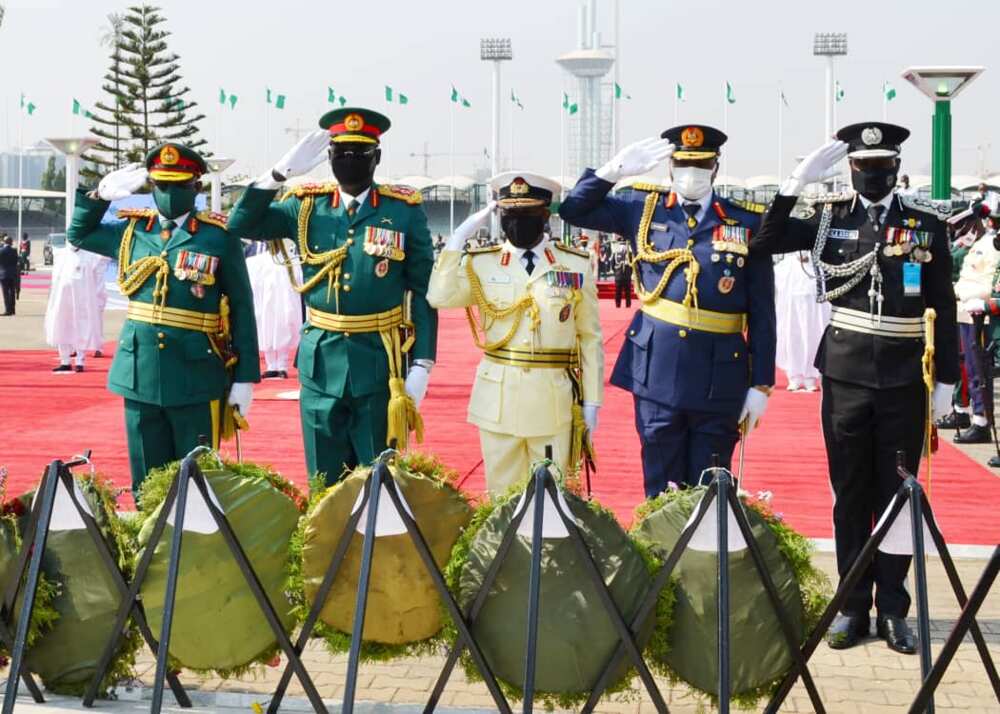 Kola Ologbondiyan, the spokesperson for the party in a statement on Thursday, February 4, urged the Nigerian Senate to reject the nominations.

He claimed the Buhari administration was attempting to use the ambassadorial nominations to confer diplomatic immunity on the former service chiefs. It is shocking that instead of allowing the former service chiefs to answer for the alleged crime against humanity under their command including reported cases of extra-judicial execution, killing of unarmed protesters at Lekki Toll Gate, Lagos, rape, illegal arrest as well as detention and torture of innocent Nigerians, the APC administration is rather plotting their escape.

The accused service chiefs must not be allowed to use diplomatic immunity to escape investigation and possible prosecution for the killing of unarmed EndSARS protester at Lekki Toll gate and other parts of the country as well as the hundreds of civilians reportedly killed by soldiers in the Zaria massacre.”

The PDP called on Nigerians to also reject the ambassadorial nominations and demand for the accused former commanders to face the law.

Meanwhile, a group, Nigeria First on Thursday, February 4, alleged moves by some individuals and international organisations to launch a smear campaign against the immediate past chief of army staff, Lieutenant General Tukur Buratai (retired).

Nigeria First, in a statement signed by its secretary-general, Augustine Adie, and seen by Legit.ng the individuals also plan to assassinate the character of some notable Nigerians including other service chiefs who retired alongside Buratai.

Adie said the recent alleged killing of Igbo soldiers by the Nigerian army under Buratai’s watch is one of those.