Karen Laine is a respected TV personality, businesswoman, and former defense attorney. She is famous for her appearance in the television shows Good Bones and Brother vs. Brother. The Karen Laine Good Bones actress starred alongside her daughter, Mina Starsiak Hawk, in the TV show. How well do you know the talented businesswoman?

Karen was born on August 8, 1962, in Richmond, Indiana. She is of American nationality. She attended a local high school and later joined the University of Indiana to study Law. She passed her bar exams and started practicing law. 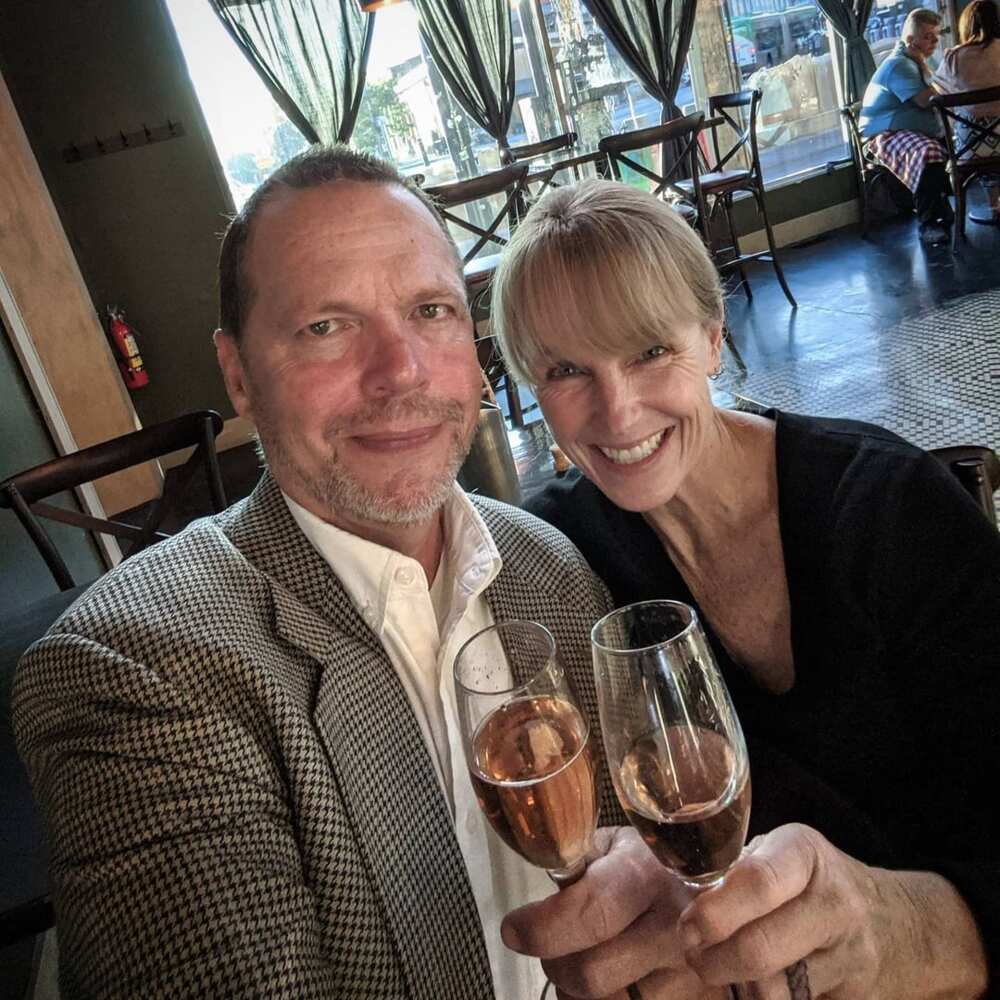 The business woman and her husband, Roger, during their anniversary. Photo: @kelaine217
Source: Instagram

How old is Karen E Laine?

Karen E. Laine is 58 years as of 2021. From her looks, she continues to age gracefully.

After completing her studies and bar exams successfully, she started practicing law. In the course of her career, she became a city attorney. After many years, she started venturing into the business of renovating homes. 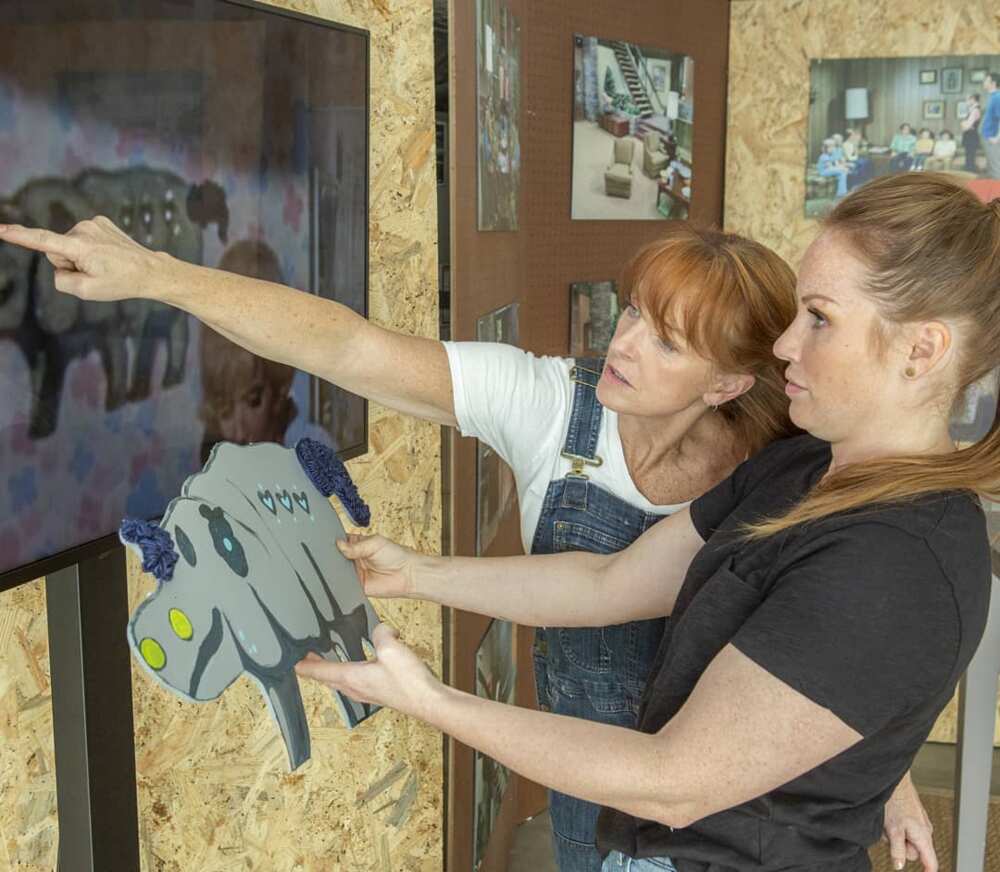 The TV personality and her daughter Mina Starsiak during one of their shows’ episode. Photo: @kelaine217
Source: Instagram

Together with one of her daughters, Mina Starsiak, she started a business known as Two Chicks and a Hammer, Inc. in 2008 after realizing profits on the sale of Mina’s house, which Laine renovated. Once the company was up and running, they started running their home renovating show named Good Bones.

Good Bones features the mother-daughter duo and her son Tad Starsiak among other cast members, including Cory Miller and Austin Aynes.

Good Bones Karen Laine has also been featured in other reality TV shows such as Brother vs. Brother, in which she served as a judge. She also appeared in the show Building Brady.

Laine announced her retirement from Two Chicks and a Hammer on October 4, 2019. However, she will still be a part of the series but will focus more on DIY projects than whole-home renovations.

Laine used the Two Chicks and a Hammer blog to share the news with her fans, where she is quoted saying:

“Although it is hard to leave this wonderful group of people, it is exactly how wonderful and capable they are that makes me comfortable leaving,” Laine wrote. “I have complete confidence that the company Mina and I founded, based on the novel idea of improving neighborhoods by rehabilitating the worst houses in a neighborhood, one house at a time, has a bright future! I won’t be far, and will likely just be puttering in the yard!”

Throughout her successful career, the defense attorney has worked with famous TV personalities such as Eve Plumb, Jasmine Roth, and Barry Roth.

The famous TV personality has been married four times in her life. Her first marriage was to Casey Starsiak, an American board-certified orthopedic surgeon. Together they had three children, including Mina Starsiak.

After divorcing Casey, Karen Laine husband was Randy, and they had a daughter Cheryl. Karen E Laine married Mick, and later, the two parted ways. After three failed marriages, she then met Roger, and both have been happy in their marriage. 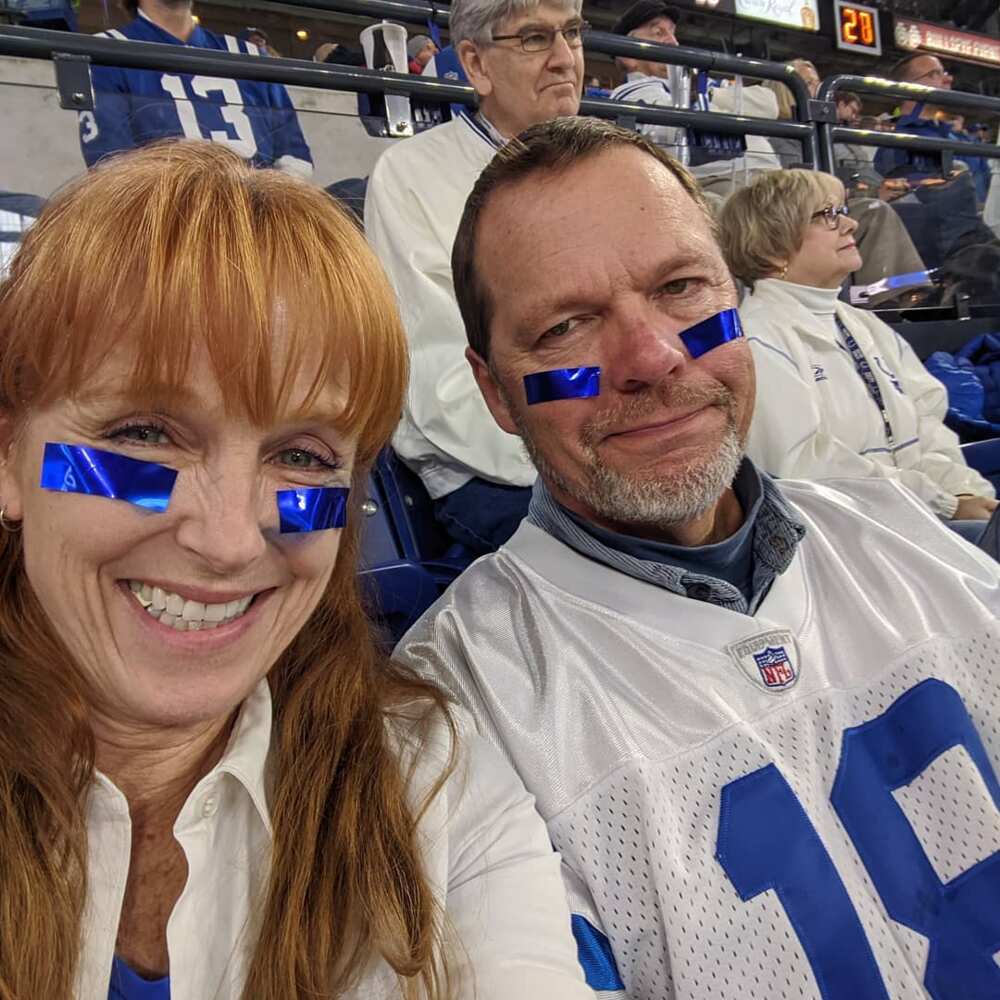 The television personality taking a selfie together with her husband Roger. Photo: @kelaine217
Source: Instagram

Good Bones Karen Laine husband photos have been posted on her Instagram page. She first introduced him to the world on September 7, 2017, by posting a picture of them in New York. The couple also visited Broadway together in Chicago.

During one of Good Bones episodes, Karen Laine tattoo was exposed after she accidentally dropped the house keys down a drain. Without having second thoughts, Karen got on the ground to recover the keys. Mina accidentally had her mum’s back exposed in a bid to pull her back, which revealed a giant back tattoo.

During an interview with Marketplace Events, Karen stated that most of her fans are surprised once they find out that she has a tattoo on her back. She is quoted saying:

Most people are surprised to find that I have a tattoo that goes from the nape of my neck covers my back, and extends down the backs of my thighs.

She has earned much wealth from her professional career as a defense attorney and TV personality. She is estimated to have a net worth of about $1.5 million and a $200k salary.

Karen Laine’s life is the epitome of success. From her thriving career as a defense attorney to becoming a renowned television personality, she has indeed made a name for herself. Despite retiring from Two Chicks and a Hammer, her superb contribution will be remembered over the years.

Legit.ng recently published an article on the adept horse trainer and equine judge Elizabeth Shatner. She is also a passionate photographer and digital artist. She is renowned as the former wife of Canadian actor William Shatner.

Her ex-husband, William Shatner, has been in the acting scene for over 60 years. He is most famous for his role in Star Trek. William and Elizabeth were married for 18 years before they went their separate ways in December 2019.