– A statement by the NSCIA’s spokesperson, Aselemi Ibrahim, also urged Nigerians to cooperate with the security agencies

The Nigeria Supreme Council for Islamic Affairs (NSCIA) has reacted to the warning to Nigerians by the Department of State Services (DSS) over the alleged plot by some people to incite ethnic and religious violence in some parts of the country.

The Nation reports that the NSCIA advised the DSS to collaborate with other security outfits in fishing out the enemies of the country.

According to the group, the secret security service has a responsibility to go after criminals and killers on the prowl across the country. 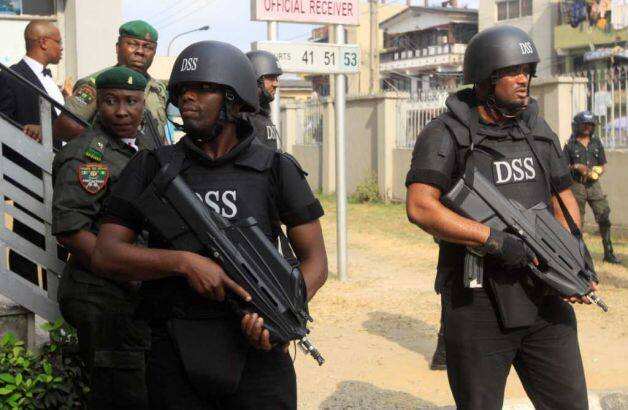 Nigeria Supreme Council for Islamic Affairs has called on the DSS to fish out Nigeria’s enemies and deal with them according to the law.
Photo credit: Vanguard News
Source: Facebook

“We call on the security apparatus, especially the DSS to fish out these enemies of the state and deal with them according to the law.”

Ibrahim added that the Islamic group would continue to advocate respect for the religious beliefs of all and peaceful coexistence in Nigeria.

He urged Nigerians to collaborate with the security agencies, saying security issues cannot be left to them alone.

In a related development, the Christian Association of Nigeria (CAN) has told the DSS to stop causing tension and do their job.

CAN on Thursday, February 4, claimed that many Nigerians have lost trust in the DSS because on countless occasions, it has failed in its singular responsibility of ensuring adequate security.

The spokesperson of Samsom Ayokunle, CAN’s president, Adebayo Oladeji, pointed out that the criminals and armed bandits who terrorise Nigerians are actual human beings who are not in any way invincible if the security operatives are really ready to track and catch them.

The DSS had also in January raised an alarm over suspected plans by some people to incite religious violence across the country.

The secret service alleged that the plot is to incite religious violence in some states.

Legit.ng gathered that this was contained in a statement issued on Monday, January 11, by DSS’ spokesman, Peter Afunanya.