– Fast-rising Nigerian producer, Yung Willis, has spoken a bit about his break into the entertainment industry

– In an exclusive interview with Legit TV, Willis explained how he rejected a job at ECOWAS to become a producer

The Nigerian entertainment industry continues to churn out a number of talented individuals and their rise to fame is no longer as tough as it used to be in the past.

Just recently, Legit TV’s Abisola Alawode had a chat with fast rising music producer, Yung Willis, who has already made waves in the industry in a relatively short time.

Willis said that he actually started making beats while he was in secondary school and that his university, Afe Babalola University (ABUAD) helped him out a lot in realising his dreams. 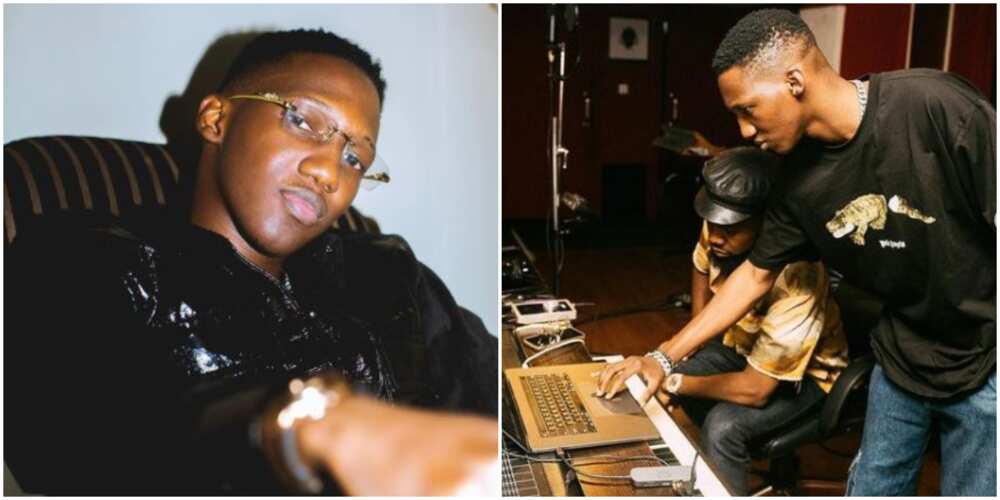 According to him, people in school started meeting him to produce for them and they never argued about his prices. He said this gave him the confidence to know he could actually produce.

Yung Willis explained that his rise to fame sort of happened fast. He explained that he came to Lagos in 2018 and that by the end of the year, he met with Falz and he worked on his hit song, Sweet Boy.

Speaking more about his educational background, Willis said that he actually studied International Relations at the university and that he even planned it to take it seriously because he worked briefly at the humanitarian department in ECOWAS during his IT.

Willis however disclosed that he turned later abandoned his ECOWAS job to become a producer. “It’s a very funny decision but I feel like this is my path that God wants me to be and this is just a start for me I believe.”

See the full interview below:

Yung Willis produced Highway by DJ Kaywise ft. Phyno as well as Sweet Boy and Talk for Falz. He has also worked with Patoranking and Kizz Daniels among others.

In other similar news, Legit.ng reported on a police officer in Nigeria who quit to become a DJ in America.