Andrea Pirlo has revealed why he substituted Cristiano Ronaldo during Juventus 2-1 win over Inter Milan in the Coppa Italia.

The 35-year-old was not happy with the Italian gaffer after he was subbed off for Alvaro Morata with 13 minutes left on the clock.

Ronaldo had equalized in the 25th minute in familiar fashion from a spot-kick and put the Bianconeri ahead in the 35th minute. 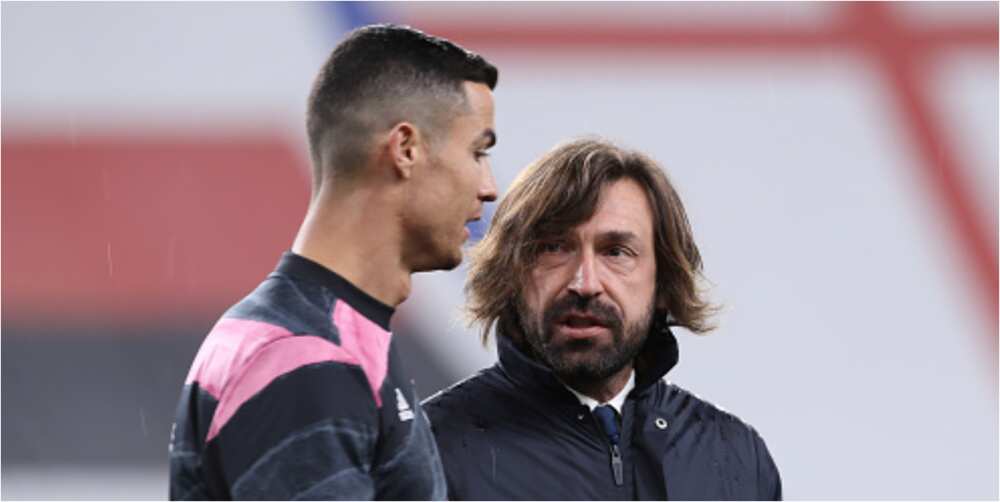 Pirlo claims he told Ronaldo after being substituted that he needs rest for future matches.
Photo by Jonathan Moscrop
Source: Getty Images 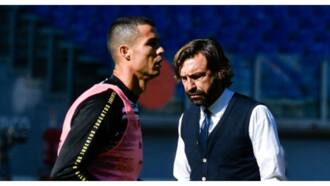 But with less than 15 minutes left in the game Pirlo had to change tactics as he substituted Ronaldo which he was not happy about.

The Juve legend justified his decision and revealed in a post-match briefing and revealed what he told Ronaldo after the game.

Pirlo told Rai Sport and was quoted by Soccerladuna:

“It’s normal that when you go out in a match like this, you want to play to help the team.

“There is no contract clause that says he can’t be subbed off. He knows he is a fundamental player for us, but to get his breath back, he must always be at the top.

“He proved it with his performances after some criticism. He couldn’t have done better than that.

“I said (to him) that he had to rest, we have an important match on Saturday. He has played many consecutive games, every now and then a little rest is good for him.” 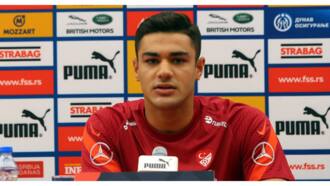 Juventus will play a crucial Serie A game against Roma at Allianz Stadium before taking on Inter in Coppa Italia semi-final second leg tie at the same venue.

Meanwhile, Legit.ng had earlier reported that Real Madrid have sent a congratulatory message to their former employee Cristiano Ronaldo after scoring a brace against Inter Milan in the Coppa Italia semi-finals.

The Portuguese star according to the Spanish giants beat Pele and Josef Bican’s record-equaling the duo’s feat at 762 then surpassing them with his 763rd goal.

Ronaldo was on target twice in the first half against Inter and he led gave Juventus a one-goal advantage going into the Coppa Italia semi-final second leg in Turin next week.

The 35-year-old who is a few days away from clocking 36 scored his first from a spot-kick to cancel out Lautaro Martinez’s ninth-minute strike.